Full Bio
Posted in Between the Lines on August 16, 2017 | Topic: Innovation 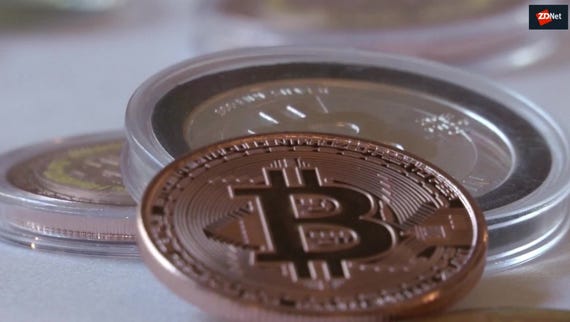 Bitcoin, and virtual currency as a whole is a complicated and emerging sector which has experienced its share of both investor joy and despair. To make the industry even more interesting, the cryptocurrency has now been launched into space.

Bitcoin, argued by some to be an alternative to traditional currency -- and others as a financial asset -- has been touted as a decentralized way to equalize cash funds by wrestling control away from government parties and companies, as well as keeping transactions private.

There are companies out there which consider the virtual currency as a way to boost the economy of countries where access to banks, bank accounts, or preserving funds is difficult -- especially if corrupt governments are in control.

Blockstream is one such firm, which hopes that launching Bitcoin into space will help these areas utilize Bitcoin even if they have no consistent access to the internet.

On Tuesday, the company announced Blockstream Satellite, which the company calls "one more step in the journey towards everyone on the planet being able to participate in Bitcoin."

Blockstream Satellite is claimed to be a way for Bitcoin transactions to be blasted out in real-time from satellites in space. This will, in theory, give anyone and everyone free access to the Bitcoin network.

A trader in a rural area of Africa could operate on the network, for example, in the same manner as someone in the middle of New York.

If the average person has control over their Bitcoin, it may avoid issues with currency value reduction caused by governments. In the recent cases of India and Venezuela, India's government forced the removal of many cash notes from the economy which hurt many on low incomes and closed businesses, while Venezuela's economic collapse caused chaos.

Both were caused by governments, and it may be that virtual currency could prevent such issues from occurring again. (However, a counter argument is the volatility of Bitcoin value, as we have seen rise and fall in an extreme manner in the past few years, could simply create new economic problems.)

Despite this, Blockstream is confident that expanding virtual currency access worldwide is the way forward.

"The growing Bitcoin global currency brings new values, a new ideology, and new utility to the world. It is decentralized, powered by the people who use it," the company says. "It knows no borders, it is not a legal entity, and nobody controls it. With Bitcoin, no one needs permission to transact with another person or company; we simply transact as we see fit. This gives consumers, merchants, and even entire economies more choices."

The network requires a PC, a TV satellite dish, and receiver, as well as an SDR dongle. Users can then sync up with a Blockstream satellite and tap into the blockchain. However, the project does not solve the issue that an internet connection is still needed to actually trade on the network.

"We wanted people to be able to repurpose their TV satellite dishes or find an old one somewhere, because they're everywhere. After that, all you need is a little USB dongle that costs $20 and a [receiver], which is about a $12 item."

Currently, Blockstream Satellite is available across two-thirds of countries worldwide and plans to extend this to everyone no matter their location -- on landmass -- are expected to bear fruit by the end of the year.

"As more people access the Bitcoin blockchain with Blockstream Satellite, we expect to see even more adoption and use cases for Bitcoin as well as a strengthening of the overall robustness of the network," the company said.

Join Discussion for: Bitcoin launches into space to boost trading...