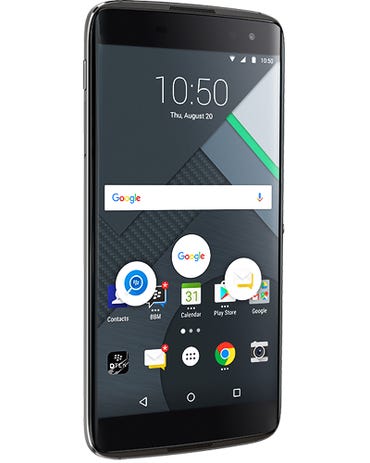 BlackBerry on Tuesday announced the DTEK60, the company's third Android-powered smartphone. It's currently available to order through BlackBerry's website, and it will set you back $499.

Just how much does nearly $500 get you? Here's a rundown of the spec sheet:

This isn't the first time we've seen the DTEK60, with the device making a brief appearance on the company's website in September.

Shortly after the mixup, BlackBerry CEO John Chen revealed the company would stop designing smartphone hardware within the company, and it would instead rely on its suite of software solutions and services.

The DTEK60 is available in the US, Canada, UK, France, Germany, Spain, Italy, and the Netherland starting Oct. 25. BlackBerry expects to expand availability to expand to more countries in the "coming weeks".

BlackBerry's software strategy: Will the stars line up?

BlackBerry has BES12 at the core of its software strategy, but a lot of other moving parts need to line up if the company is going to be an enterprise application contender.