A report about the progress of nations on creating a digital economy has found that Brazil is stagnant in relation to last year.

The Global Connectivity Index published annually by Huawei has ranked Brazil 30th in terms of investments and roll-outs needed to create a favorable environment for driving an economy that is based on digital computing technologies. 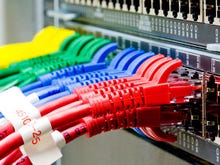 As Brazil debates backward moves such as the introduction of data caps for fixed broadband connections, the report confirms there has been no change regarding the country's efforts in improving connectivity, as it held the same position in 2015.

The research paper highlights the correlation between investment efforts in digital infrastructure and GDP growth due to increased economic dynamism, efficiency and productivity. It also stresses that nations pushing industry digitization are more competitive and innovative.

The leading developing economies listed in the Huawei report are the United Arab Emirates, ranked at 19th, Qatar (21st) and China (23rd). Countries that moved up the index include the UK in 5th, up one place from last year; Malaysia, which jumped four places to 25th; and Indonesia, which moved up two places to 41st.

The top three countries listed by the report - where indicators such as the investment into broadband, datacenters, cloud, Big Data and Internet of Things are used to evaluate the country's efforts towards creating a digital economy - are the United States, Singapore and Sweden.