IT leaders can use connected technologies and services to create agile workspaces. These smart offices represent the future of the corporate environment, but what do such developments mean for the roles and responsibilities of CIOs? Five experts give their views and suggest where IT leaders should focus their attention.

J. P. Gownder, principal analyst at Forrester, says the smart office represents a new opportunity for employees and the IT leaders who manage collaboration. CIOs have spent a great deal of time and energy during the past decade ensuring staff can work from anywhere, says Gownder.

"CIOs have succeeded in helping employees be more successful while on the road, at client sites, or even at home," he says. "Yet they've spent relatively less time optimising working conditions within the office, relying upon sub-optimal technologies like traditional videoconferencing and audioconferencing, and non-digital whiteboards."

The good news, says Gownder, is that developments associated with the smart office will change this dynamic, allowing for better collaboration inside offices. As a result, just as CIOs have helped workers become far more productive on the move over the past decade, in the next ten years, they will focus on making teams of people more productive.

"Using technologies such as large-format touchscreens, like Microsoft Surface Hub or Prysm, voice-controlled intelligent agents, like Amazon Alexa for Business, virtual, augmented, and mixed reality, like Microsoft HoloLens or HTC Vive Pro, and an increasing number of artificially intelligent software tools, we will equip individuals and teams to work better together, with help from intelligent machines," says Gownder.

2. Look for value from creative experiments

Matt Ballantine, an independent CIO advisor, also recognises that while people use smart devices to communicate and collaborate from any location, the enterprise firewall remains a problem. "The future is now -- until we enter the office," he says. "At that point, anything smart or connected gets stopped at reception."

Ballantine says the world of IT has been talking about 'bring your own device' (BYOD) for a decade, and therein lies a big part of the problem. Work services, he adds, are partitioned and sandboxed, and made immune and incapable of integrating with anything useful. "BYOD has become the art of making the useful as useless as possible," he says. 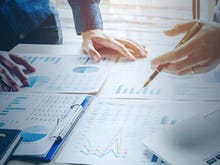 The desire for centralised control, which has scuppered BYOD, might also derail attempts to improve workplaces through digital advancements. Ballantine says organisations seeking to make the most of smart working must focus on the areas, such as productivity, that are hard to measure.

"You can then begin to understand initiatives to improve workspaces -- physical and digital -- in the context of driving value, rather than merely driving cost efficiency," he says. "CIOs can focus on the right things, and think about where creative use of new technology can be experimentally deployed to see what happens."

Phil Lewis, director of digital experience at retailer Boden, says his firm recently moved into a new office space in London. The organisation has made a big investment in getting the new space up and running. There has been a strong focus on agile working, but Lewis says much of the technology effort has focused on what might be perceived as the basic infrastructural elements. There are, for example, no voice-activated systems.

Yet Lewis recognises further change in smart offices is coming. Rather than being the sole preserve of an isolated facilities team, office design involves a much boarder, business-wide consultation process. The result is that Boden is using technology to help make its new office space work smarter on behalf of its staff.

"So, we pay for all of our food using an app and digital currency that's linked up to your debit card. You don't have to get your card out every time to pay because you've always got your phone," says Lewis.

"Some of things we're looking to do involve using the phone as an entry pass. It's all about how can you use the capabilities within the phones to make life around the office easier. Little things like that can help make a big difference."

4. Make sure systems and services are interoperable

Dave Lounsbury, chief technical officer at independent standards specialist The Open Group, warns CIOs that the Internet of Things will transform workspaces. "From smart lighting and 3D printing, to large-format touchscreens and voice-controlled agents, the office of the future is being reshaped by connected technologies," he says.

Lounsbury says smart devices can yield major business benefits in terms of automating operations, driving growth and improving working practices. Yet organisations must also think about how to ensure the interoperability of smart technologies, so they can effectively communicate and interact with their surrounding environment.

"We are already seeing the initiative to adopt connected technology moving to the edge. Going forward, migration to the digital world will be led by technology-savvy product teams, which will be coordinated by business and enterprise architectures," he says.

5. Be careful of using data to monitor behaviour

Digital advisor Andrew Marks also notes the rate of change, suggesting the reliability of cloud-based services means modern CIOs have a new set of concerns when it comes to office systems. As the nature of work has changed, and employees work from a range of locations, so the extent of the smart office continues to grow.

Marks says the use of voice-controlled technologies such as Alexa means the reliance on connectivity is growing further. As the number of devices swells, so the value of assets -- and the data held across the smart office -- rises commensurately. Wary IT leaders are matching the increase in connectivity with investments in security technology.

Real-time data monitoring, says Marks, creates a fingerprint, reflecting employee working time, activity and habits. The platforms that collate these results might have been created to flag anomalous activity to human and AI agents, yet they also help sponsor a closer monitoring of worker behaviour as a by-product.

Marks says this information could be used in unintended ways. "A whole new highly confidential data set becomes owned by the CIO, and one that is likely to be used more frequently to corroborate staff performance," he says, suggesting developments associated with the smart office could lead to a new era of behaviour monitoring.

Join Discussion for: Can a smart office make your team more productive...