​Can Masayoshi Son and Uber-rival Ola jumpstart an electric revolution in India?

With only some 22,000 electric vehicles sold in India last year, the country has a long way to go to rival its neighbour China's efforts. Yet, private companies like Ola with wealthy visionary-benefactors like Masayoshi Son can help speed things up.
Written by Rajiv Rao, Contributing Writer on April 27, 2017

If any one country desperately needed cleaner air immediately it would be India, home to a staggering 10 out of the top 20 of the world's most polluted cities. Nearly half of the children in its capital city of Delhi have severe lung problems.

There are several contributors to the noxious air in India, especially in the north where the problem is the most severe. Farmers burn the stubble of their crops to prepare them for the next harvest. Free-wheeling industrial smokestacks often operate unchecked. Trash, which includes plastic, rubber, and metal, is frequently burnt in public. However, the most consistent polluter is the tens of millions of vehicles, old and new, that are an emblem of India's rising prosperity and its environmental decay.

So, when Masayoshi Son, uber Japanese VC and founder of SoftBank, announced several months ago while on a trip to India that he would personally inject India with "a million electric cars", it should have sent waves of joy and relief through any Indian who read about the news. Yet, there must have been a certain amount of circumspection. After all, this was exactly the kind of vague and expansive statement that only one of the world's wealthiest people could make without any immediate intent behind it.

And yet, a few weeks ago, Ola Cabs, chief rival to Uber in India and a major investment of Son's SoftBank, announced that it would roll out a thousand or so electric vehicles in a pilot program. As we speak, the first lot of electric vehicles, which Reuters reports includes two-wheelers, rickshaws, and cars, will make their way on to the streets of the southern state of Telangana and Nagpur city in central India. "The economics are still not there so we're taking a bit of a risk," said Bhavish Aggarwal, CEO and co-founder of Ola regarding his company's pilot. Clearly, Son's comment had more teeth behind it than expected.

Ola plans to do more to make its pilot successful -- setting up charging stations for the immediate future (which will include battery swapping for some vehicles and quick charges for others) as well as exploring and forging pacts with power and fuel companies.

This is all pretty exciting stuff, but the reality of jumpstarting a "revolution" in electric vehicles, that too in India, can appear quite grim and would take considerable doing. India witnessed the sale of a paltry 22,000 electric vehicles (only 10 percent of which being 4-wheelers) in 2016 compared to 20 million running on some kind of fossil fuel.

By contrast, 351,861 electric car sales were sold in China in 2016, making up roughly 46 percent of the entire universe of plug-ins sold worldwide and an 83 percent increase over the previous year. Chinese car makers were also responsible for 43 percent of all EV production in 2016. By contrast, the US sold just 160,000 and Europe 207,000. Click here to see China's top five models and a breakdown of their sales courtesy of Cleantechnica. (US sales were 160,000 units while Europe's was 207,000.)

Clearly, it doesn't make sense to compare India and China in this department. Looking ahead, champions of EV in India will know that there are a number of existing hurdles. First off, the economic proposition for electric versus gas isn't all that clear and batteries must be replaced every three or four years, which is not going to excite the cost-conscious Indian consumer. There isn't a decent charging infrastructure in the country and therefore range-anxiety, even if it isn't a rational fear for many owners based on their useage, is deep-seated. Tack on frequent power outages in many areas and a shortage of places where you can dispose of batteries in eco-friendly ways and you have a pretty inhospitable terrain for jumpstarting an electric revolution.

However, in order to gauge the reality of the Indian dream for electric glory, it nevertheless is instructive to look at what it took for China to achieve their impressive gains and what India may have to do to transform this goal to within the realm of achievable. One thing is for sure -- it didn't happen overnight.

China has long had a love affair with electric vehicles. The electric-powered bicycle has been the preferred mode of transport for millions of Chinese -- sales of these e-bikes just crossed 200 million units within the last 10 years at the rate of around 20 million e-bikes a year.

These e-bikes, which travel between 20 to 30mph and also allow you to pedal them, cost anywhere between $500 and $1,000. They first started to sell in the 1990s in China but really took off in the early 2000s. One of the biggest catalysts for increased sales occurred when the Chinese government officially stamped these e-bikes as "bicycles", allowing their use in the inner core of many cities while banning the use of petrol-powered scooters and motorcycles. If you think that many Chinese cities are heavily polluted today, imagine what they would be without these directives.

Then there is the not inconsiderable issue of the heart of any electric vehicle: batteries. For cars, the battery is at least 50 percent of the cost of the vehicle and the good news is that lithium ion ones -- predominantly in use globally -- has, in quasi-Moore's law fashion, declined by 73 percent over the last six years and will do so further.

The bad news is that India has no deposits of lithium or cobalt, which it would need for the country to indigenously manufacture them. This means no chance of domestically driving the price of batteries downwards. China on the other hand does, but those are far less than the top lithium producers in the world, who are Australia, Chile, and Argentina.

To make up for this, Chinese companies, many of them state-owned, have been snapping up stakes in lithium and cobalt mines in Argentina and Chile to drive costs lower. Other companies such as Ningde CATL have filed more than 2,000 battery-related patents that are apparently soon to match global leaders in quality. Today, as FT reports, China's battery companies are outpacing the old guard in the battery world, namely South Korea and Japan (whose Panasonic makes batteries for Tesla), and have begun dominating the industry.

Of course, none of this would be possible without the life-giving succor that the state machinery in China is famous for giving its companies. That is how everything from semiconductors to toy manufacturing was jumpstarted, and the e-vehicle revolution is no different. Billions have been pumped into local electric car makers such as Shenzhen-based BYD -- Warren Buffett's Berkshire Hathaway has a 10 percent stake -- which is the world's largest electric car and bus maker with a market capitalisation of $18.7 billion.

All of these factors translate to 1 million electric vehicles plying the roads today, and an estimated 5 million by 2020. Not an easy act to follow by any measure, even for a developed country, let alone India.

All of this makes India's desired entrance into the world of electric vehicles, enshrined by the official governmental goal of selling 6 million such vehicles by 2020, all the more delusional. Still, some optimism here is not unwarranted.

Just look at the scale and speed at which the country has adopted solar power -- in well under a decade, India has rapidly become one of the world's leading solar markets with plans to go from the 9GW in installed capacity currently to 100GW by 2022. The unit price of power from several projects has now officially become cheaper than coal power (from 14 rupees to 3 rupees in just six years) and India currently fields the largest solar farm in the world in Kamuthi, Tamil Nadu, with a capacity of 648 MW covering an area of 10 square kilometres.

If it can accomplish this, there's no reason why urgent gains in the electric vehicle department cannot be made. For its part, the government has launched the Faster Adoption and Manufacturing of Hybrid and Electric vehicles (FAME) scheme, with around $18 million in subsidies for the purchase of more than 111,000 electric and hybrid vehicles. This may not seem like much when you look at China's efforts, but it is a pretty decent start. It is also looking at a scheme where commercial EVs may be exempt from permits.

Finally the biggest development: For the first time in its short history, India crossed the threshold from being a power-starved to power-surplus nation, a huge bonus for any nation looking to launch an EV revolution. Auto makers are also beginning to wake up -- Nissan is on the verge of bringing the Leaf to the country, while Suzuki Motor Corp, the parent of India's largest car maker Maruti Suzuki India, recently said that it would join hands with Japan's Denso Corp and Toshiba Corp to churn out lithium-ion batteries for electric vehicles in India.

Local EV players such as Lithium Urban Tech are also getting energized and launching electric limousine services catering to the corporate market in a far more comprehensive and focused manner than Ola or anyone else.

Of course, you may ask whether EVs in India are really green and clean. After all, how green your car is depends on the juice that it is fed. In India the bulk of power generation, solar gains aside, is undertaken with some of the dirtiest varietals of coal that exist, meaning more particulate matter (PM), sulfur dioxide (SO2), and hydrocarbons (HC) spewed into the air.

According to this website, electric cars in coal-heavy India, China, Australia, and South Africa are pretty much equivalent to petrol vehicles and in the 25-30 miles per US gallon (MPGUS) range. They are followed by the UK, Germany, Japan, and Italy (45-50 MPGUS range) and finally France, Brazil, Switzerland, and Norway who are leagues above with a 100 MPGUS in equivalent emissions.

However, as the website explains, these stats do not include the carbon footprint of refining processing or transporting petrol, nor does it compute the damage caused to the earth by mining minerals like lithium and cobalt for EVs, which also use rock-crushing equipment that are huge energy guzzlers. In fact, the Union of Concerned Scientists has said that manufacturing an EV generates more carbon emissions than making a regular, fossil-fuel-siphoning car.

However, according to the same body of scientists, after all the tallying is over and done with, they have deduced that an EV spews half the amount of emissions compared to a conventional car over its lifetime, which is more than enough reason to cheer the efforts of Masayoshi Son and the Indian government to follow in the footsteps of its neighbour. 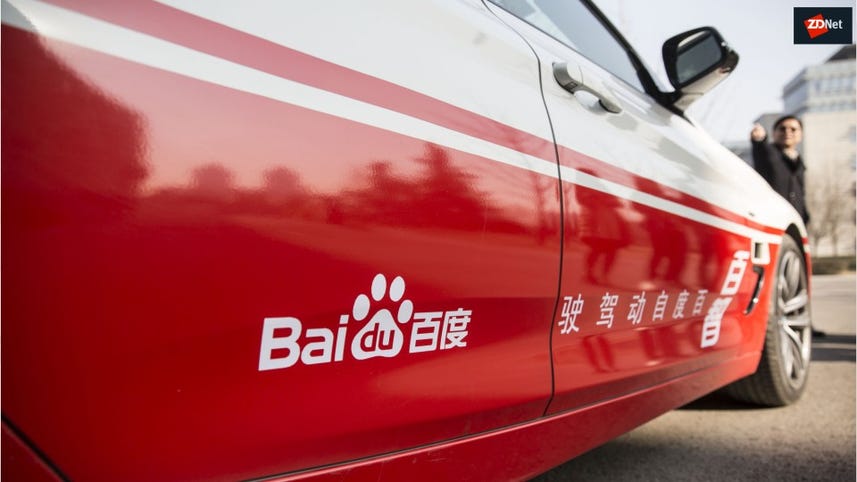