Tantan, the Chinese dating app which bore a high resemblance to Tinder, had more than 20 million monthly active users in mid-2018.
Written by Cyrus Lee on May 1, 2019 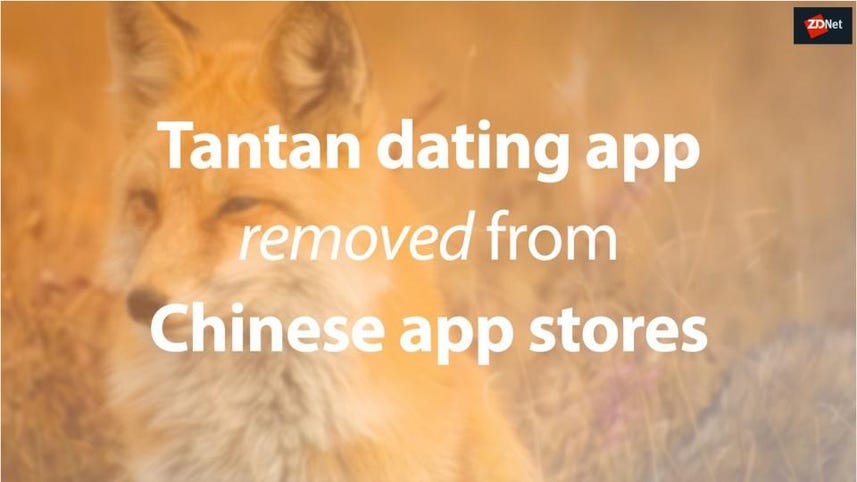 Tantan, the popular dating app in China which allows users to connect through "liking" each other, has been suspended from most download channels available in the country as government strives to clean up content in cyberspace.

The app was no longer available for download in China on Thursday at Apple's App Store, according to a test. Last week, Tantan had already been removed from most of the major app stores for Android-powered phones in China.

In a statement following the Android bans, Tantan said it would "actively cooperate with the requirements of relevant government departments to conduct comprehensively self-check and correct, deepen the rectification, and consciously maintain a healthy and green internet ecosystem," according to Sina news report last week.

Momo, the US-listed company that owns the Tantan app, said the suspension was upon direction from governmental authorities in China, without elaborating the reasons for the suspension.

Since last year, China's cyber watchdog has shut down thousands of mobile apps for distributing pornographic material and stealing private information to "protect the youth".

Smaller developers have not been the only ones affected, as technology giants like Baidu and Sohu have also been blocked from launching certain products, such as mobile web and news apps, as they were found to be "spreading vulgar contents" or "damaging the cyber public opinion ecology".

Working in high resemblance to Tinder, Tantan is a location-based app that allows users to swipe right to like another user, while a swipe left means they are not interested.

Tantan's registered user base has exceeded 100 million while active monthly users exceeded 20 million in 2018, an agency report showed. The app also has 3.9 million paid users as of the end of 2018, according to Momo's financial result.

Tantan is one of the most popular social apps among people who were born after 1995, its founder Wang Yu said in earlier interviews.

Google cites "local legal restrictions" as the cause for its Chinese VPN ads ban.

Winnie The Pooh takes over Reddit due to Chinese investment, censorship fears

You will probably never see as many Winnie The Pooh memes in one place ever again.

Microsoft Bing is back online in China

Bing is back online after reportedly being blocked due to an accidental technical error.

Baidu and Tencent's services will reportedly be blocked in the countdown to the 2020 Taiwan election.