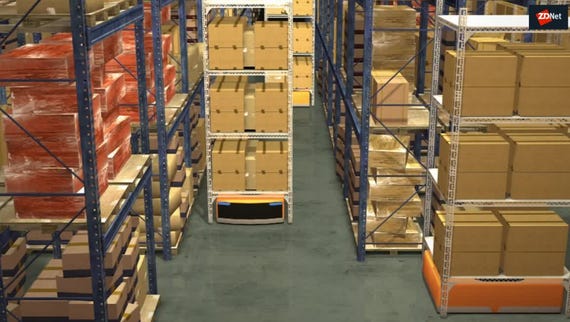 The reported investment of Chinese company Tencent in the Reddit platform has outraged users concerned over potential future censorship.

Last week, reports surfaced which suggested Tencent was in charge of a Series D funding round designed to give Reddit a cash injection of between $150 million and $300 million.

The funding round sets Reddit at a $2.7 billion pre-money valuation and comes after a Series C funding round, conducted in 2017, which raised $200 million for the content-sharing service. In total, Reddit has raised $250.1 million.

The irony of Reddit joining forces with Tencent, especially considering the platform is banned in China, has not been lost on users and for many, the news has not been met with praise.

Tencent is the owner of WeChat, a messaging application which has proven popular to Chinese citizens. The Chinese ruling party requires that social networks operating in the country offer "healthy" environments, and in November, this led to a mass clean-up of the app in light of the government's demands.

The crackdown, which included political information, pornography, content which infringes copyrights and "vulgar" content, is only a small aspect of China's wider censorship regime.

The Great Firewall is the most well-known element of Chinese censorship, which permits the country to block access to content or platforms deemed undesirable.

See also: Russia: We want volunteers to help us censor the internet

Google, Facebook, Twitter, YouTube, and Tumblr are only a handful of thousands of websites blocked in the country, and while the use of virtual private networks (VPNs) can circumvent the block, VPNs which are "unauthorised" -- in other words, are not state-approved and open for its scrutiny -- are clamped down quickly.

Some Reddit users mused over greener pastures, while others raised concerns over the enabling of China's censorship practices. However, in true Reddit fashion, many chose to mock the news, flooding Reddit with memes of Winnie The Pooh and Xi Jinping, the Chinese president.

These memes were made famous as comparisons were made between the fictitious character and the Chinese leader, which prompted the country to ban the film Christopher Robin, an adaptation of the beloved children's' story penned by AA Milne. Winnie The Pooh-related memes, jokes, and GIFs were also banned.

One particular image posted of Winnie The Pooh with the phrase, "Given that Reddit just took a $150 million investment from a Chinese censorship powerhouse, I thought it would be nice to post this picture of Winnie The Pooh before our new glorious overlords decide we cannot post it anymore," has been upvoted thousands of times.

Other images posted and upvoted took a more serious turn, with tanks from the Tiananmen Square protests of 1989 a common theme.

Tencent has invested in and led investment rounds for hundreds of companies worldwide, including Epic Games -- the makers of Fortnite -- electric car startup NIO, Flipkart, Uber, and Go-Jek.

The company has previously been called the "SoftBank of China" due to its aggressive investment strategy, of which estimates suggest Tencent spent over $30 billion on its investment portfolio between 2015 and 2017.

Another issue beyond a Reddit-style Great Wall of China that has been raised is the potential for data collection. However, considering the style of funding and that Tencent has not acquired Reddit -- nor the data on users it holds -- this worry, at least for now, is unwarranted.

The likelihood of an investor asking for access to customer data in return for VC funding is morally ambiguous at best and could spell disaster for any firm which agrees without transparency. A few hundred million is a drop in the ocean for the Chinese conglomerate, and so it is far more likely that the company simply sees an opportunity to turn a profit.

ZDNet has reached out to Tencent and Reddit and will update if we hear back.

Join Discussion for: Winnie The Pooh takes over Reddit due to...