The first-ever image of a black hole has swallowed up China’s largest image provider.
Written by Charlie Osborne, Contributor on April 12, 2019 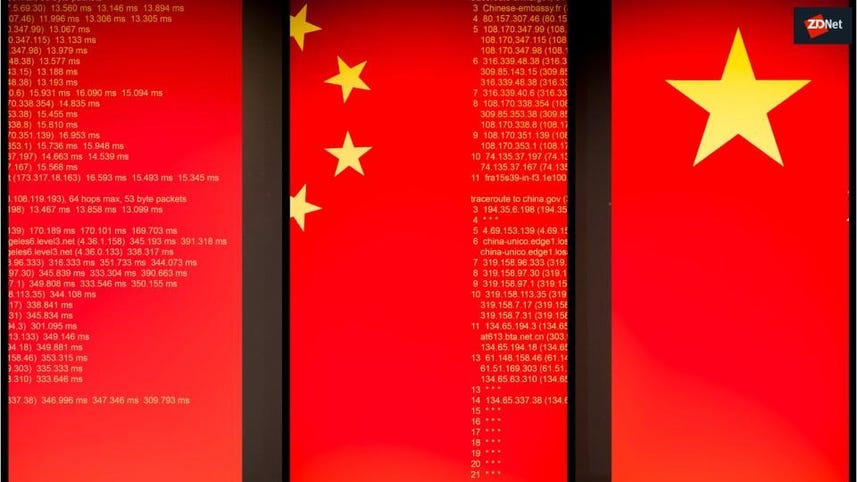 When we feasted our eyes on the first-ever image of a black hole this week, scientists celebrated, the general public were reminded of how far scientific research can take us, and a Chinese company decided to slap a copyright label on the now acclaimed, historical shot.

Visual China Group, China's largest provider of photographic images and sometimes referred to as the "Getty of China," was forced to temporarily close down after reports emerged suggesting the company had decided the copyright -- and due payments for usage -- were its prerogative.

The image of the black hole actually belongs to the European Southern Observatory (ESO) and has been published under a Creative Commons Attribution 4.0 International License.

It is the first example we have of a black hole, not only 6.5 billion times as large as our sun, but also 55 million light-years away from Earth.

See also: Huawei aiming to be biggest smartphone brand by 2020

"Unless specifically noted, the images, videos, and music distributed on the public ESO website, along with the texts of press releases, announcements, pictures of the week, blog posts and captions, are licensed under a Creative Commons Attribution 4.0 International License, and may on a non-exclusive basis be reproduced without fee provided the credit is clear and visible," the organization says.

Visual China Group, which uses the subdomain name Getty Images on its Weibo account, apologized on Friday for lax image processing and added that the company had obtained a non-exclusive editing license from ESO's Event Horizon Telescope project for media use.

The image was put up for sale without attribution, and met widespread condemnation from Chinese citizens and beyond.

CNET: China's artificial sun to be completed this year

"These problems reveal that we have weak links in management, and we apologize for this!," VCG said. "At present, the company has taken measures to deal with the non-compliance pictures, and voluntarily close the website in accordance with relevant laws and regulations to carry out rectification, further strengthen corporate self-discipline, strengthen system construction, improve the quality of content review, and avoid similar situations."

The audacious claims made in relation to the black hole image have been made more embarrassing due to the image's high profile and comes at a time when China is attempting to clean up its image in the intellectual property protection area.

TechRepublic: Top 5 tech skills data scientists need, and how to learn them

The country is attempting to improve foreign investment law to protect the IP of foreign companies and encourage trade without the risk of IP theft. President Xi Jinping said in 2017 that future IP infringers would pay a "heavy price" for IP abuse.

How this 'risky asteroid' gave astronomers a tricky challenge

How this 'risky asteroid' gave astronomers a tricky challenge

Space
Scholarships for STEM subjects: Fund your future in STEM