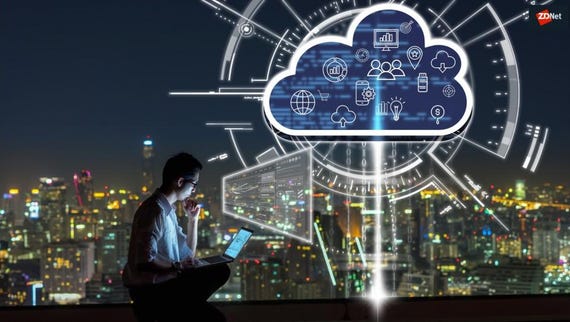 Few aspects of IT have been hyped as much in recent years as the benefits of cloud computing. But new research indicates that companies are not seeing the level of gains expected.

Since the 1980s, there’s been a rule that three major competitors don’t last long in a technology market. For Google to stay relevant and remain in contention, it has to keep innovating and changing the rules.

Two-thirds of large enterprises aren't realizing the full benefits of their cloud migration strategies, and they said security and the complexity of business and operational change are the key barriers. That's according to a study from technology services and consulting firm Accenture.

As part of its research the firm surveyed 200 senior IT professionals from large businesses worldwide. The vast majority of organizations said they are realizing some level of their desired cloud outcomes, with overall satisfaction levels exceeding 90% on average. But only about one-third reported they have fully achieved their expected outcomes across the categories of cost (34%), speed (36%), business enablement (35%), and service levels (34%).

When asked to identify the top three barriers to realizing the benefits of the cloud, survey respondents most often cited security and compliance risk. That was mentioned by 65% of respondents. Next were complexity of business and organizational change, cited by 55%; legacy infrastructure and/or application sprawl (43%); and lack of cloud skills with the organization (42%).

A majority of the executives surveyed said they would consider the use of managed cloud services, with the greatest number of respondents citing "access to the right skills" as the top benefit of these services.

As with most new technologies, reaping the intended benefits of cloud services takes time, noted Kishore Durg, senior managing director of Accenture Cloud for Technology Services. There's a learning curve that's influenced by a number of variables and barriers, he said. But if IT leaders fail to demonstrate direct business results from cloud service deployments, they risk becoming less relevant within their organizations, Durg said.

The type of cloud models employed by organizations appears to have an influence on their ability to capture expected results, the study said. Companies using private clouds tend to lag their counterparts employing public cloud or hybrid models when it comes to fully achieving expected outcomes.

While private cloud users seem to struggle more generally, they are most challenged in achieving the desired cost saving and service level improvements. More than half of public cloud users (54%) said they had realized their cost saving goals, yet only 28% have experienced their anticipated speed-to-market benefits.

The research also shows that when it comes to cloud technology, the more organizations consume in services, the greater value they will see in return. Specifically, as they expand their use of cloud applications and footprint across different functions, divisions and geographies, they will increase the areas to which the technology can bring value.

The cloud has long been cited as a means of achieving multiple business benefits including reduced IT costs, faster speed to market, and better service levels, the report concluded. While great advances have been made in the adoption and application of cloud services, there remain untapped benefits for those companies that can overcome the barriers they face.

Join Discussion for: Companies aren’t seeing all the value they...