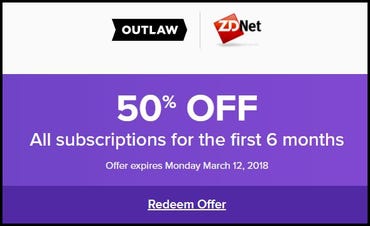 Two things I love more than anything: saving money and making life easier. When I can do both at the same time? That's when I dance a little jig that makes people point and laugh.

Get ready to point and laugh. Outlaw is a new platform for creating, sharing and signing contracts, all without the usual hassles. Rather, it relies on templates and plain-English wording to simplify the process on both sides of the table.

There's a free option that affords access to a public library of templates, but if you want custom contracts, you'll need a Team account. Normally that runs $30 per user per month, but for a limited time, BBH readers can get 50 percent off any Outlaw subscription for the first six months.

Suppose, for example, that you're getting ready to launch a new product. You need a non-disclosure agreement (NDA) so you can give select press members an advance look.

You could hire a lawyer to draw up that document, but it'll cost you. Probably a lot. Or you could hit the interwebs, find an existing template, and spend lots of time trying to tweak it to suit your needs. 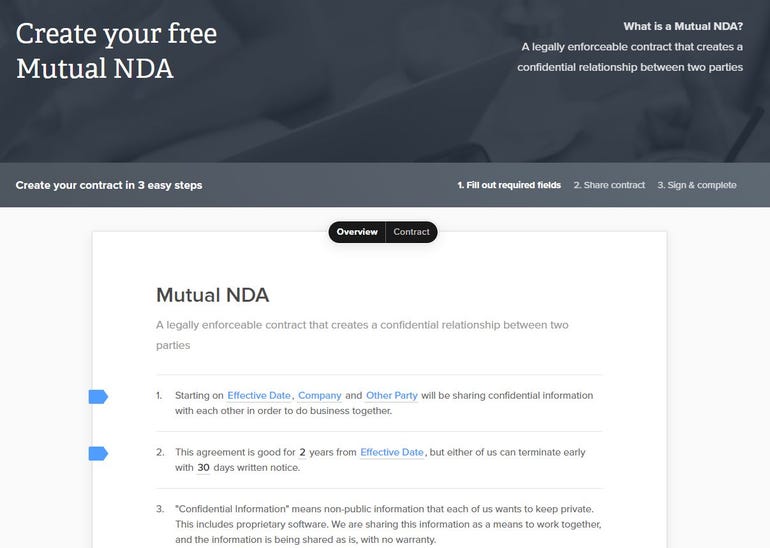 Try Outlaw first: It has a simple, legally sound NDA template that has just four fields you need to complete: your name, the other party's name and the effective dates. From there you can share the contract and get it digitally signed by both parties.

How freakin' simple is that?

As noted, the Team plan adds the capability to create unlimited custom contract templates. Again, you don't need a team of lawyers for this; the contract-creation process relies on plain-English questions designed for laypeople.

Just as cool, each completed contract includes a plain-English summation atop the legalese, meaning both parties can really understand what they're signing.

I highly recommend perusing the public contracts to get a feel for how Outlaw works. Then, if you need a subscription, grab it -- the discount option is available until Mar. 12.

Outlaw has the potential to save you a considerable amount on legal fees while at the same time speeding and simplifying the contract-signing process. Damn right I'm doing a jig!

Join Discussion for: Create contracts on the cheap with 50 percent...