Let's get the most important detail out there right now. At midnight on April 1 (that's Saturday, folks!), any designs you have stored online in Autodesk's 123D service will be gone. Poof. No recovery. You will lose them.

If you want to save any of your work that you have not stored in local files, you must login now and download them. Do not wait. There will be no extensions. Any work that remains online after the clock strikes midnight will turn into bit dust.

The rest of the story

Autodesk has long provided free versions of the programs 123D Design (which I use for modeling my 3D prints), 123D Catch (which turns photos and scans into 3D models), 123D Make (which creates solid models in laminated layers), and Sculpt+ (which is a virtual clay modeling program).

All four of these programs are being discontinued. The download links for the programs were removed from Autodesk sites some months ago. There will be no more updates. And, of far more urgency, those who are storing their models using the online 123D infrastructure, will lose access to them on April 1.

I spoke to the company to get a feel for what this means for designers:

"We really value all the 123D fans that have used the apps to unlock their creativity, along the way inspiring us and the community of makers and hobbyists around the world, "said Sarah O'Rourke, Youth Audience strategist, Autodesk. "We've already seen what many of them have been able to make by migrating to some of our other products like Tinkercad, Fusion 360, and ReMake, and we look forward to supporting them throughout their journeys to make anything."

It is possible to migrate any downloaded models you have stored on your local computer. I reached out to Autodesk for some additional guidance, and here's what they said:

How long do users have before everything goes away?

We started notifying the community about these changes last Fall, and all new downloads and apps have been removed since January. March 31 is the last day that users will be able to access their accounts on 123Dapp.com. As stated above, it's highly recommended that prior to March 31, users login to your 123Dapp account and download and save any files to your local storage.

As much as I appreciate the folks at Autodesk providing these free resources, "notifying the community" didn't really mean notifying all users. For example, when you launch 123D Design, there is no indication in the program itself that anything is amiss. There's not even a warning to backup files to a local disk.

Merely posting in a blog or a few discussion forums may be "notifying the community," but if the flood of messages I'm getting is any indication, it has left a lot of users blindsided.

While I'm being critical, please note the 123D app screenshot at the beginning of this article. It says "123Dapp.com will close early April 2017." Given that everything is going away for users on the very first day of April, that's not specific enough. The "Where do I go next?" is a nice prompt but "Your stuff will be deleted on April Fool's day so don't be a fool" might have been more clear to users.

My guidance to developers is, if you're shutting down a service that will destroy users' work, you can't go too far or be too clear to make sure users know what's happening and aren't surprised at the last minute.

Which programs can import designs created by 123D apps? In other words, where can users take all their hard work to be able to keep working with their projects?

All 123D apps have free and easy options to help users transition their workflows. All pathways are detailed below:

Will the already-installed apps still work after April?

Yes. If you've already downloaded and installed the apps, you can continue to use them, but Autodesk will no longer be developing or supporting them.

Is this merely a cessation of allowing new downloads, or is the entire infrastructure shutting down?

We are making some changes to simplify our Autodesk portfolio and workflows for people everywhere who love to make things. We are consolidating these tools and features into key apps such as Tinkercad, Fusion 360, and ReMake. We remain committed to providing free tools to hobbyists, kids, hackers, and makers around the world.

So, there you go folks. Start downloading right now. I haven't used Fusion 360, so I guess this is a good time to learn. The company also suggests 123D Design users might like Tinkercad, but it doesn't seem like the online service will import 123D Design files.

Finally, it might be hard to find a good activation link for Fusion 360. It looks like this link works for now. 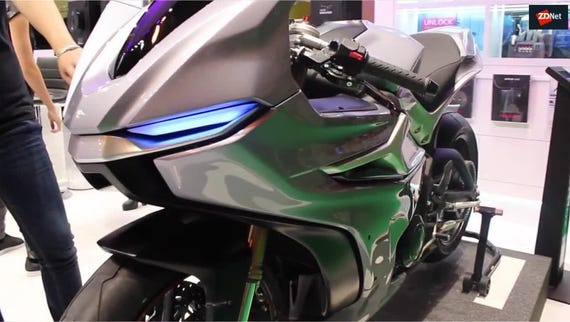 Join Discussion for: Do this right now to save your Autodesk 123D...