Online coaching outfits like Byju and Toppr are providing valuable services to embattled students during exam time but will the business model grow beyond its current confines of de-facto tuition master?
Written by Rajiv Rao, Contributor on March 19, 2020 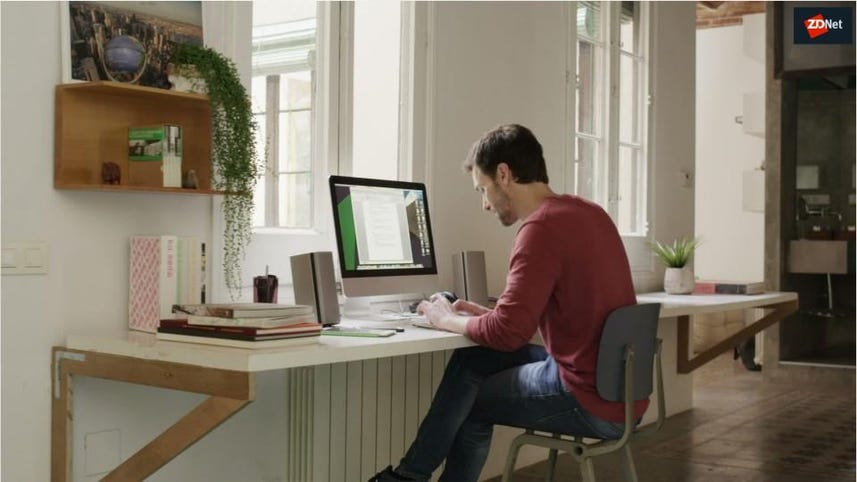 As the coronavirus cuts a swath through the landscape of human activity, forcing everyone to draw their shutters, school closures have caused intense joy among children and a never-ending nightmare for their parents -- a nightmare that happens to be all too real. In India, the problem has been compounded by the virus arriving during the time of final exams, which is a crucible through which the inherent worth of every Indian child is cruelly decided. The country may only have 74 cases and one death due to COVID-19, but the damage has already been done.

Therefore, it's easy to see how the short term fortunes of the edtech sector -- essentially, companies that provide school subject matter through the internet -- have suddenly been boosted. For those students in the 12th standard, these are not just any average final exams. They are the one single event that will determine their life's ambitions and potential placement in a decent college versus a crappy one. For aspiring engineering and medical students -- this could appear to be 99.9% of applicants in India, including those who have no desire to study these subjects -- entrance exams that determine a minuscule number of spots for a tsunami of candidates have also been delayed. But rest assured, they will still be written.

When that will happen however, no one knows. But from all accounts of the virus' rampage in China abating, normalcy will return to the world, eventually. And if, at that juncture, you, as a student have been spending your time binging on Netflix or Fortnite instead of cramming eight hours a day, seven days a week, week after week, you are in deep trouble.

This is an opportunity that internet education companies, such as Byju and Toppr, are facing circumstances which they would not normally run into. It's a perfect storm. Most Indian children's lives after school are normally dominated by that convenient crutch called "tuition", where a range of actors, from retired neighbourhood accountants to mass-drilling outfits called "academies" exhaustively coach students for year-end or entrance exams. The third alternative comes in the shape of these internet education companies. Now, with over a million students self-isolating and no academies or other types of institutions there to help crack those exams, the edtech sector knows that now is the best time to step into the breach and pull in new customers.

And for these companies, the operative word to achieving this is "free". Bengaluru-based Byju, India's frontrunner in edtech, quickly announced that it had made all of its subject matter for students in classes one through twelve completely free until the end of April. Its rival Toppr has done the same with its live and recorded video classes. Vedantu, a live learning platform, has joined up with schools across the country to host live teaching sessions that use their own platform and content. The exam prep field has also broadened to include companies that help applicants with similar tests to get jobs in the government-run railways and civil service exams. GUVI, which operates in the skilling and engineering space, has stocked its offerings with live mentors to help with coding and free webinars on IT skills for the workplace that can be learnt from home, all for no charge.

In 2016, the Indian Prime Minister Narendra Modi launched what was to become a disastrous demonetisation plan that his government claimed would target the country's black money business -- money accumulated without paying taxes. That plan turned out to be either laughably ineffective -- 99.9% of black money from before it was announced was back in circulation in under a year -- or an elaborate ruse that many have drawn speculations about but have not dared to voice loudly lest they be slapped with sedition charges -- a colonial era law that Modi's thin-skinned authoritarian government has been liberally using to silence critics. However, one byproduct of a period that saw a mass shortage of cash was a big rise in the popularity and use of electronic payments platforms like Paytm. Similarly, edtech companies are slated to increase their visibility and attractiveness during this period. GUVI says, for instance, that in just two days of announcing its free content scheme, 6,000 students stampeded to sign up.

At this point, it is important to realise that for starters, edtech is only solving some pain points in the education value chain with its disruption of the after-school tuition arena. Naturally, they can hardly be considered a substitute to the in-class experience.

"Edtech can fill in for the gap in schooling for a temporary period of three to six months," confessed Zishaan Hayath, founder of Toppr. "But if schools shut longer, we'll need to find ways to enable school teachers to directly conduct live classes, figure out how kids can take exams, and so on."

Still, all kinds of possibilities have opened up suddenly in the last few weeks as education in this brave new world of contagion has been forced to assume different shapes and sizes. Having spent a lot of time and money on education platforms and re-jigged content, you can see how companies like Byju and Topper have the potential to make tons of money by either licensing their sliced-and-diced content for delivery over their platform or by joining hands with the government which is the largest education provider in India. It could also partner up with specialty institutions such as engineering colleges, medical schools, and hotel management, among others, to formulate client-specific content. They could also be pushed into expanding their offerings in the multitude of languages that abound in India and be compelled to make a campaign into the rural parts of the country when, previously, they would not have done otherwise.

There could also be a revolution in content design, with the injection of conceptually-driven, context-specific solutions with real-world applications in a country that has primarily churned out students via a culture of rote learning. An edtech market that is currently ₹3,900 crore could be several times larger in a relatively short period of time, especially considering the majority of the population has yet to come online and the school-going population itself being over 250 million.

The end game for these companies, however, as Quartz suggests, may just be a quick and bloodless coup if they wake up to find out that Mukesh Ambani, oil and petroleum magnate and founder of Jio, has decided to offer educational content through his infinitely bigger pipe and ready-made arsenal of 300 million telecom customers. There's also the other shark called Amazon, which could do similar things if they were inclined. In whatever case, selling out may be the best option versus battling these leviathans.

This is unless, of course, the platform and content of these companies is so unique and compelling that they morph into something entirely different, something that transforms education in India, propelling them into more than just an online coaching class.

Court ruled that cryptocurrency exchanges have not adversely impacted the nation's economy.

Apple makes a big comeback in India, but will it last?

For the first time in its brief history in India, the premium brand has gone all out to woo customers with big price cuts, and thanks to local manufacturing efforts, it has worked wonders. However, India's Hindu supremacist government may torpedo all of that good work.

The Budget also focuses on other technologies and innovations that 'disrupt established business models'.

Social media is still not accessible in the territory, however.