35 percent of calls to the IT support service were from the state's health care providers calling after they forgot their passwords.
Written by Asha Barbaschow, Contributor on Feb. 13, 2019 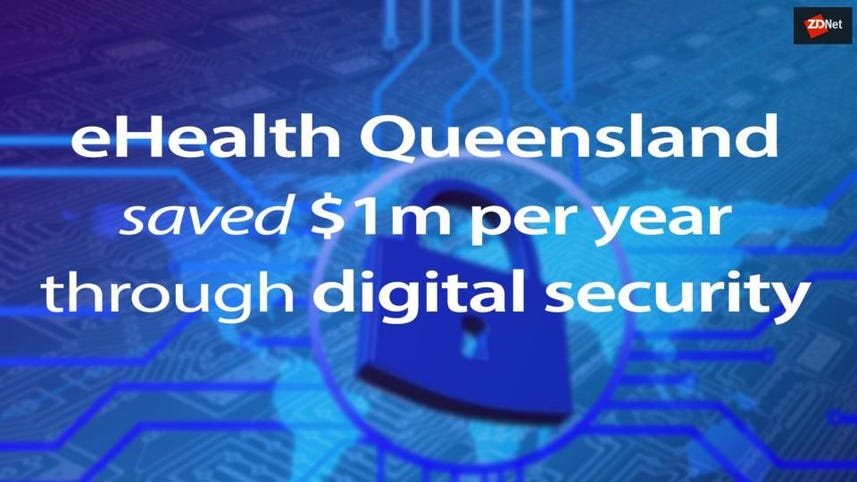 The Queensland health system is comprised of 16 individual health services that are each their own statutory authority; but they all turn to eHealth Queensland for IT support.

In addition to providing tech support for around 100,000 employees, eHealth Queensland was charged with assisting Australia's first digital hospital, the Princess Alexandria Hospital. There are now nine advanced digital hospitals in Queensland.

According to eHealth Queensland chief customer experience officer Michael Berndt, over the next six to 12 months, another six hospitals are going to be fully digitised, with the expectation that around 80 percent of the state's hospital and health service facilities will be digital over the coming years.

"In order to support that transformation, we had to transform ourselves," Berndt told the Criterion Conferences' Improving the Customer Experience across Government event in Sydney on Wednesday.

IT support provider eHealth supports 1.7 million transactions and takes over a million calls -- mostly through its 24/7 service desk. The entire health service comprises over 76,000 desktops and also a significant number of mobile devices, with a large percentage being physically located outside of Brisbane.

"You look at Queensland, it's a bloody big state -- it's seven-times that of Great Britain, so my teams, some of them have to drive hours to get to some of the remote sites, they take helicopters, boats to get to those island communities and those hospital services in those really remote areas," Berndt said.

With calls to its service desk taking up to two hours to get through, Berndt said something needed to change to make sure IT was not preventing doctors and nurses from helping patients.

The biggest nuisance for both eHealth and its users was the painstaking process of resetting a password, representing a large number of in-bound calls.

"One of our biggest challenges was every long weekend, after any school holidays, we would be inundated because people forgot their passwords," he explained.

"That represented about 35 percent of our calls ... 25,000 hours per annum, quite significant numbers.

"It cost the business over AU$1 million, just to support password resets."

At the end of 2017, eHealth turned to ServiceNow, Amazon Web Services (AWS), Telstra Whispir, and Splunk to create a proof of concept that aimed to integrate multiple systems to essentially make everything easier.

Previously, to deal with the password reset issue, Berndt said it was a "multi-process".

"We made customers go through multiple steps, they had to register their mobile phone, they had to prove they weren't a robot by going through a captcha -- now we've streamlined that," he said. "Essentially all a customer needs to do is provide their employee ID, we confirm that yes they are who they say they are, we will then send an SMS to them with a link to a secure website, they put in their new password, and they're resolved.

"That has saved us quite significant call volumes coming through our service desk."

An Accenture survey highlights how healthcare is going to have to go through that same customer-led digital transformation process as other industries.

The "virtual nurse" will see you all the time. Electronic Caregiver is launching what it claims is "the world's first virtual caregiver" at CES in January, though it's by no means the first chat-bot to offer medical help.