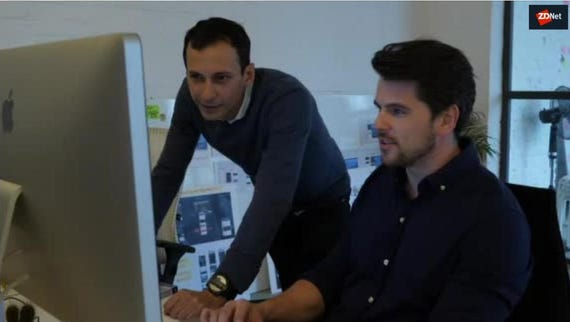 Digital transformation -- rethinking existing business models and processes through the use of technology -- are a high priority for many businesses, especially those worried about being overtaken by nimbler digital-only rivals.

An optimistic one third of UK execs surveyed by Dell think they are the ones that will be doing the disrupting, while a nervous quarter worry they'll be the ones getting disrupted. A similar proportion said they worry about struggling to meet changing customer demands within five years, and one in five fear that their organisation will be left behind.

The research rates just five percent of UK businesses as 'digital leaders' based on their IT strategy, workforce transformation strategy and planned investments. In 2016, research defined 20 percent of UK businesses as 'digital laggards' -- companies without a plan for digital transformation and limited investments in place: that has dropped to three percent this time around, perhaps because some of those laggards have gone out of business. The biggest group now -- over a third -- is the 'digital evaluators', who are 'gradually embracing' digital transformation. Nine out of ten companies admitted facing barriers in the way of digital transformation, with lack of budget and resources top of the list.

But 'digital transformation' is about rethinking company culture as much as it is about technology.

For example, McLaren accepted that its workforce needs to be more mobile; it has a headquarters in the Surrey countryside, but also has developers based in a WeWork location in central London.

"We've had to challenge ourselves to let go and not look to employ people who look like us and sound familiar to us, or we're not upholding the legacy of the people who actually founded the business," Allert said. "We were the first people in the world to make a carbon-fibre car, for example: the people who made that decision in 1980 were exactly the same kinds of cultural forward thinkers that we now want to bring into our business and tell us what today's version of that is, because we don't know. Recognising that you don't know how do to that is a major undertaking for some business cultures, and it has been for ours."

At CES 2019, there were a few odd design mashups that highlight how multiple industries are collaborating and trying to reinvent products with artificial intelligence, the Internet of things and data science.

Defense contractor: IT must embrace radical transparency and culture change

A senior executive from the Fortune 500 company, L3 Technologies, explains how to use data to change corporate culture and innovate. Be inspired by her practical advice!

CIOs and CEOs are increasingly leading digital transformation efforts, according to an Altimeter report.

The Chief Information Officer of semiconductor manufacturing company, MAXIM Integrated, explains his role in helping change how the company interacts with customers. It's an informative look at the modern CIO role.

The 50-page document highlights what outcomes could be achieved, but misses the mark on how exactly it's going to make them happen.

They see your 5G and raise you another 5G. It's just not the G you're looking for.

Join Discussion for: The first rule of digital transformation?...