Full Bio
Posted in Between the Lines on March 30, 2020 | Topic: Coronavirus: Business and technology in a pandemic 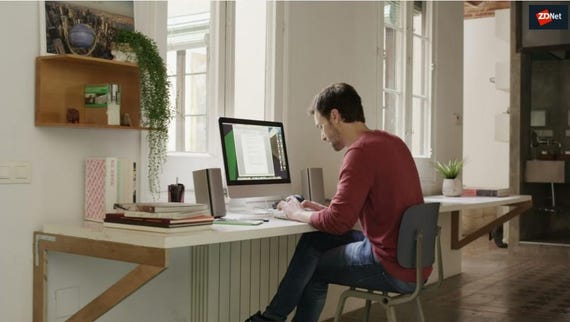 Teleworking? Go over this checklist before setting up a home office
Watch Now

BEREC, the European Union's telecommunication regulation agency, said today that no major internet congestion issues have occurred since the onset of the coronavirus (COVID-19) crisis.

The agency said that while the overall traffic on fixed and mobile networks has significantly increased, no major downtime was recorded across Europe caused by bandwidth exhaustion incidents.

The agency's statement today comes after several internet experts made gloom & doom predictions that internet infrastructure might not be able to cope with the increase in internet traffic as most consumers are now stuck in their homes as national quarantines are imposed across Europe.

"Network operators have been able to cope well with this additional traffic load," the Body of European Regulators for Electronic Communications (BEREC) said today in a press release.

The agency said that some issues with internet access have been "observed and mitigated," but they were deemed "local and temporary," and the incidents have not been considered to be out of the ordinary.

The agency lauded telecommunications operators in some members for implementing customer-friendly measures such as increasing the amount of mobile data in their subscription packages as a way to prevent users from exhausting their monthly caps.

Furthermore, BEREC said it noticed not only "a stabilisation in [internet] traffic," but also "a decrease in the peak traffic" in some EU member states.

BEREC credited this decrease on "traffic reducing measures" put in place by "some of the larger CAPs" -- a term the agency uses for internet content and service providers.

Netflix and YouTube were the first to agree last week and began delivering SD (standard definition) streams to EU users, instead of their regular HD (high definition) quality. YouTube eventually expanded the measure to all of its global userbase, and not just for the EU.

Amazon Prime Video, Disney+, and Facebook answered BEREC's call later in the week, and also capped video streaming quality for EU or all of their users.

Akamai, Microsoft, and Sony, although not approached by BEREC officials, also agreed to slow down video game downloads during peak hours to avoid congesting internet infrastructure when a new game was published, or a game update rolled out to millions of users.

However, some internet experts have also publicly criticized BEREC's call to action as needless panic. Multiple internet service providers have come out and said that the internet backbone was specifically built to moments like these and designed to sustain sudden and very large volumes of traffic [1, 2, 3, 4].

Join Discussion for: EU: No major internet congestion issues have...