Full Bio
Posted in Zero Day on March 24, 2020 | Topic: Coronavirus: Business and technology in a pandemic 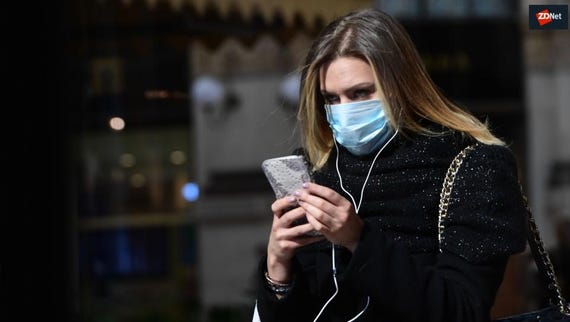 COVID-19: What about devices? Packages? Can they carry the coronavirus?
Watch Now

"In regions where demand is creating bottlenecks for customers, we will be reducing gaming software downloads at peak times, completing the downloads at the normal fast speeds late at night," said Akamai CEO Tom Leighton.

The slowdown won't impact the act of playing a video game, which doesn't generate large quantities of network traffic. Instead, the slowdown will only impact downloads for online games and not other types of traffic.

While online streaming accounts for the vast majority of today's internet traffic, game updates and game downloads are notoriously difficult to handle for CDNs like Akamai and others.

These types of events tend to happen in giant spikes, as a new game or game update is released, and players rush to get it.

Deprioritizing this type of traffic means Akamai will be able to avoid sudden traffic spikes and prevent congestion for all the people working from home or to emergency services.

Akamai said the slowdowns will occur only in regions where traffic bottlenecks are developing and that it took the decision to slow down game download speeds together with Microsoft and Sony, the two companies that run today's top gaming platforms -- Xbox and PSN.

Both companies will be deploying their own set of countermeasures. Microsoft described the slowdown as temporary.

"We appreciate the collaboration with partners like Akamai to deliver the joy of games in these unprecedented times," said Dave McCarthy, Corporate Vice President, Xbox Product Services.

Akamai's move is not the first of its kind. Last week, Europen Union officials asked video streaming services to reduce the quality of their video streams in order to prevent internet traffic bottlenecks.

Netflix and YouTube agreed to deliver only SD (standard definition) streams to EU users, instead of their normal HD (high definition) quality. Today, YouTube expanded the decision to deliver SD streams to all of its global userbase, and not just in the EU.

Some government officials have repeatedly expressed fears that internet connectivity might go down during the coronavirus quarantine period when most people are stuck inside or working from home.

However, many internet experts have said that they don't anticipate any major outage as the internet backbone was built to sustain very large volumes of traffic, a peak that was not reached until now.

According to a report last week, the only places where problems are expected is on the networks of small-time ISPs that have ignored or failed to upgrade networks across the years.

While not an ISP, one of the impacted parties so far has been the US government. Last week, the Department of Defense said its IT network was under considerable strain from all the remote workers it had to accommodate. These problems led the White House to issue a memorandum on Sunday, urging government agencies to invest in new network infrastructure to sustain the rising demand for telework.

Join Discussion for: Akamai to slow down video game downloads...