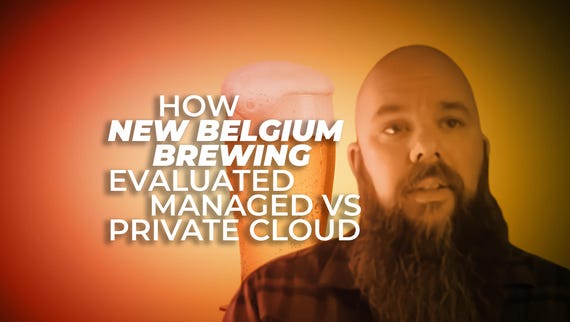 Just like their American counterparts, more than half of European businesses with over 1,000 employees now use a public cloud platform. But European governments aren't so sure that they should trust their data on Amazon Web Services (AWS), Azure, Google Cloud, or the IBM Cloud. They worry that the US CLOUD act enables US law enforcement to unilaterally demand access to EU citizens' cloud data -- even when it's stored outside the States. So, they're turning to private European-based clouds, such as those running on Nextcloud, a popular open-source Infrastructure-as-a-Service (IaaS) cloud.

The French Ministry of Interior is rolling out a 300,000 employees private IaaS cloud with Nextcloud collaborative document editing. Thierry Markwitz, the Ministry's IT infrastructure director, said in a statement: "The French government cares deeply about the safety of the data of their citizens and employees. With the on-premises content collaboration platform Nextcloud, we have opted for a secure, easy to use solution from the leading European vendor."

Meanwhile, in Sweden, the Swedish Social Insurance Agency is deploying Nextcloud for file storage and instant messaging. They're not turning their backs on the public cloud. Mikael Norberg, the Swedish Social Insurance Agency CTO, told ComputerSweden: "This is not an attempt to be as good as Google or Microsoft. That's not our ambition. But with full encryption and on private clouds, each department can decide whether to use it to share data with other departments."

Nextcloud isn't the only company seeing interest develop in European cloud digital sovereignty. The Christian Democratic Union of Germany's Minister of Economics, Peter Altmaier, wants a European cloud as an alternative to the American competitors.
Other European cloud companies want to see this, too. Deutsche Telekom and 1&1 Ionos both want a larger slice of the EU cloud pie.

In an interview with  Handelsblatt, Achim Weiss, head of 1&1 Lonos, said: "We not leaving Germany to the big ones. If politics gets involved and public awareness grows, we can counteract the market dominance of the hyperscales. Germany and Europe have sufficient expertise to build these services."

While the public clouds continue to grow by leaps and bounds in Europe, the desire for privacy and local control of cloud resources are making a contest for cloud