The European Centre for Medium-Range Weather Forecasts is setting up its HPC data center in Bologna, Italy.
Written by Federico Guerrini on March 26, 2019 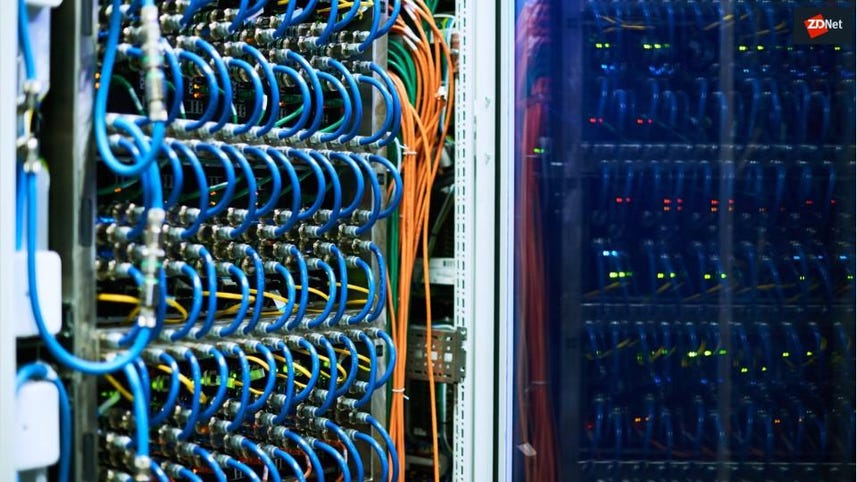 A fundamental part of an important service is moving out of the UK. But, this time, Brexit is not to blame.

From 2020, the data center of the European Centre for Medium-Range Weather Forecasts (ECMWF) will no longer be sited in Reading, west of London, but will operate from its new home in Bologna, northern Italy.

"It's a very big and important thing for us. The main facilities and our headquarters will remain in the UK. But in Bologna we'll create, produce, and distribute the forecasts," ECMWF director of forecasts Florian Pappenberger tells ZDNet.

The decision is a by-product of the organization's 10-year strategy, which sets ambitious goals for Earth system modeling at high resolution.

To achieve those goals, adopted in 2016, approximately 10 times more computational capacity is needed than is currently available. In Reading, there's not enough space to accommodate the high-performance computing facility that will host new processors.

At the moment, the ECMWF's supercomputers operate at more than 330 trillion floating-point operations per second, or 330 teraflops, with 25 percent of that capacity going on operational forecasts and 50 percent for research. The other 25 percent is used by its members.

The ECMWF's computers process 40 million observations daily, most of which come from about 90 satellite data products. As a result, it's adding about 250TB every day to its MARS meteorological data archive, which the ECMWF describes as the largest in the world. As of December 2018, it contained around 225 petabytes of operational and research data.

That issue of lack of space in Reading is not a problem for Italy's Emilia Romagna region, which will transform a 9,000 square meter (96,875 square feet) area that was part of a former tobacco factory, now known as the Tecnopolo, to house supercomputers and offices for the data center.

A further 6.000 square meters could be made available in the future, to accommodate other connected research activities.

The city is already home to the headquarters of all the main Italian institutes and agencies in the weather and climate-research sector, namely CMCC, CNR, and ENEA.

The ECMWF's building is expected to be ready this autumn, and to be fully operational at the Tecnopolo by the first quarter of 2020. It will run in parallel with Reading's high-performance computing facility for a few months, until the new system is in full swing.

Current weather modeling systems divide the atmosphere into a grid made of cubes of 18km, or 11 miles, each side. With the new supercomputers, it will be possible over the next decade to gradually get to a 5km grid spacing to obtain more accurate and detailed estimates. The goal is to be able to provide, by 2025, reliable forecasts up to two weeks in advance.

"I don't think you would have trusted weather forecasts 20 years ago to make really valuable decisions. If you look carefully, it's quite amazing how weather forecasts have improved in the past decade. It's a steady progress, but a remarkable progress," Pappenberger says.

These advances are not just important just for the sake of science and knowledge. In times of climate change, extreme meteorological events, and big-data analytics, weather forecasts are becoming increasingly valuable both from the financial and societal point of view.

For instance, it has been estimated that between three and six percent of variability in US GDP, or up to $1,344bn annually, can be attributed to weather variations.

A wrong forecast could have serious consequences on the economy and on the safety of citizens. Which raises the question: who is accountable for their accuracy? In other words: who controls the ECMWF?

The organization was founded in 1975, by 18 European States. Right now, it is supported by 22 member States, plus 12 other nations with which it has concluded a cooperation agreement.

"We have a governance process, and we have something that is called the council, which is made up of all our representatives of the member states. Very often they are directors of the national meteorological services. There, we decide strategic directions and technical developments," Pappenberger says.

In times of fragmentation and increasing divisions among nation states, a cross-border phenomenon like the weather can act as one of the few unifying factors.

Innovation
Cloud computing is about to hit another big milestone