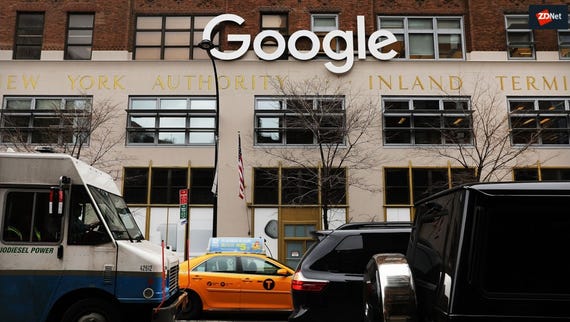 New plans for the 12,800-kilometre-long network presented to the US Federal Communications Commission (FCC) show that the PLCN will instead only operate between the US, Taiwan and the Philippines.

The nearly 13,000 kilometres of underwater cables have already been laid, but the project needed permission from the FCC before operations could kick off. In the new application filed by the companies managing PLCN, authorization was only requested to run the network between the US, Taiwan, and the Philippines. The file specifies that the applicants are not seeking authority for the Hong Kong path.

Initially announced in 2016, the PLCN project was intended to provide direct submarine cable connectivity between Hong Kong and Los Angeles. It is made of six fiber pairs, each linking the US and Hong Kong, with some pairs including branches to Taiwan or the Philippines.

Three firms share ownership of the cable network. Google owns one fiber pair with a branch to Taiwan, and Facebook owns another pair with branches to the Philippines. Hong Kong company Pacific Light Data Co (PLDC) owns all of the remaining pairs and acts as the landing party in Hong Kong.

Last June, however, an FCC Committee called Team Telecom recommended that the US body deny the operation of a sub-sea cable system connecting directly to Hong Kong, saying that it was not in the interest of US national security or law enforcement interests to approve subsea cables landing in Chinese territory when the Chinese government had previously demonstrated its intent to acquire data on US citizens.

The FCC Committee also argued that the high capacity and low latency of the network would encourage US communication traffic crossing the Pacific to detour through Hong Kong before reaching the intended destination, which would unnecessarily increase the amount of data going through infrastructure controlled by the Chinese government.

As a result, plans for parts of the project had to be revised by Google and Facebook. The latest application filed with the FCC, therefore, establishes that the fiber pairs operated by PLDC will not be operational.

SEE: What can undersea cables tell us about earthquakes?

Having a direct communication channel with ultra-high capacity between Los Angeles and Hong Kong was a prospect that sat well with many US firms that may want to expand their customer base to Asia. With capacity demand on such a route set to increase in the coming years, the network had been pitched as a way to enhance service quality, redundancy and resilience of communications systems in the region.

Restricting the system's perimeter to Taiwan and the Philippines might, therefore, impact business productivity. But FCC commissioner Geoffrey Starks said in a Tweet that national security concerns should prevail: "I share those concerns and will continue to speak out," he said. "(The) FCC must ensure that our telecom traffic is safe and secure."

The announcement is the latest move in an escalating trade war between the US and China, as the Trump administration continues to argue that Chinese companies are being leveraged by the Chinese government to spy on foreign nations.

Huawei, for example, was added to the US Entity List, effectively barring the firm from trading with US businesses. More recently, the Chinese telecommunications giant was forbidden from accessing key US semiconductor technologies like chips, on top of gradually being pushed out of several nations' 5G networks.

The Trump administration is also clamping down on Chinese-owned apps TikTok and WeChat, and recently announced sanctions for any company doing business with the two platforms.