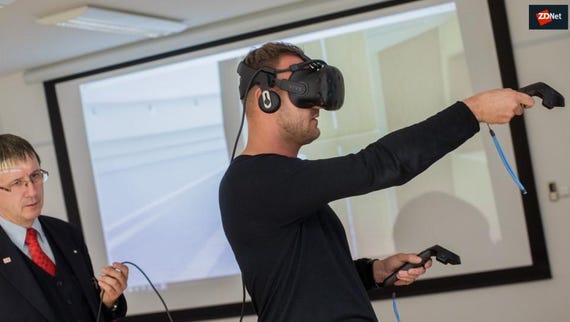 What do we want from 5G? High-quality, uninterrupted video streams
Watch Now

UK mobile networks have been told they cannot buy any more 5G equipment from Huawei after the end of this year, and that they must remove the Chinese networking company's technology from their 5G networks by the end of 2027.

The decision is a significant u-turn by the UK government, which only six months ago gave Huawei the green light to play a role in the country's 5G network.

Culture secretary Oliver Dowden said: "Following US sanctions against Huawei and updated technical advice from our cyber experts, the government has decided it is necessary to ban Huawei from our 5G networks."

However, Dowden also revealed the decision will also have an impact on the rollout of 5G in the UK. "This will delay our rollout of 5G," he told Parliament. "This means a cumulative delay to 5G rollout of two to three years and costs of up to £2 billion. This will have real consequences for the connections on which all our constituents rely."

The government said the decision was taken today in a meeting of the National Security Council, chaired by the Prime Minister, in response to US sanctions against the Chinese company imposed in May, which limited the company's access to products built on US semiconductor technology.

Following a review of these sanctions, the UK's cybersecurity agency the National Cyber Security Centre (NCSC) concluded that as a result Huawei will need to do a "major reconfiguration" of its supply chain.

NCSC decided the new restrictions therefore "make it impossible" to continue to guarantee the security of Huawei equipment in the future.

Huawei said in a statement: "This disappointing decision is bad news for anyone in the UK with a mobile phone. It threatens to move Britain into the digital slow lane, push up bills and deepen the digital divide. Instead of 'levelling up' the government is levelling down and we urge them to reconsider. We remain confident that the new US restrictions would not have affected the resilience or security of the products we supply to the UK." It added: "Regrettably our future in the UK has become politicized, this is about US trade policy and not security."

The row over the Chinese technology company's involvement in the UK's 5G networks has been long and complicated.

The US administration has argued for several years that the use of Huawei equipment in sensitive networks could leave countries at risk of being spied on by the Chinese state, and has lobbied its allies hard to not use Huawei products. Huawei has consistently denied that its equipment could be used by the Chinese government for spying.

The US has not provided evidence to back up its claims. Caught between two superpowers, the UK has been looking for a solution that manages to keep both the US and China relatively happy.

SEE: Huawei, 5G networks and security: How did we end up here?

In January it looked as though the UK had found a way to manage that. After a long review process, the UK government said it would allow Huawei to provide some equipment for the country's 5G networks, although not in the core of the network, and only up to 35% of the non-core network.

But since then Conservative backbench MPs have been pushing for a harder line on China. Then the US further tightened its restrictions on Huawei, which led to the NCSC review and ultimately to today's decision.

Huawei's technology has been used in the UK's networks for many years. And the UK's mobile networks have warned that removing that equipment could take years and cost vast sums – and create outages and security issues along the way.