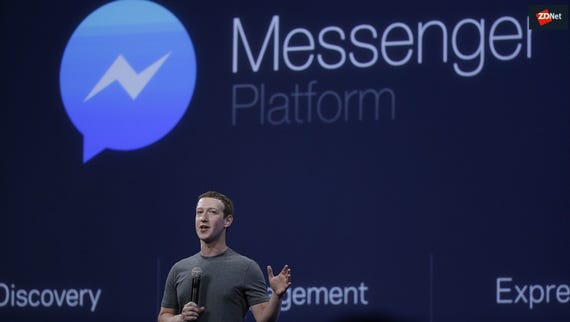 Facebook thinks the Messenger mobile app has become too cluttered for its 1.3 billion users, and is rolling out a new version that addresses that complexity, plus lays the groundwork for its Stories ad business.

Facebook's simplified navigation and top and bottom tab menus are getting overhauled, the company has announced.

Today's five buttons on the bottom include Home, People, the camera button, Games, and discover. The new app will have just three tabs: Chats, People, and Discover.

Stories, the feature that allows users to add a collection of photos and videos, gets much more prominence in the new Messenger app, appearing in both the Chats and People tab.

The first two tabs are people-focused, with Chats containing past conversations and sponsored posts below a row of Stories, while the People tab contains a list of contacts below a row of larger Stories cards.

Facebook is making a bet that its Stories ad format will boost ad revenue in the long term across its Messenger, Facebook, WhatsApp, and Instagram businesses.

As it outlined recently, to this end it's adding features to Stories like polls, questions and collaborative stories in groups and events.

Facebook noted when it announced Facebook Stories ads in September that around 300 million people use Facebook Stories and Messenger Stories daily. It expects that to grow significantly and reckons advertisers will benefit from full-screen, Stories-style ads.

The big camera button at the bottom of the screen that encourages users to post stories is gone in the new app, with a smaller camera icon now at the top of the screen in the chats tab next to an icon for sending a written message.

The Calls tab in Chats has also been scrapped and replaced with a phone icon next to Past Conversations to make a call from there.

Facebook is also rolling out ways to customize the color of chat bubbles, which change when scrolling up and down in a conversation.

The redesign addresses some of the feature overload that has come to characterize Messenger since it became its own mobile app distinct from Facebook in 2014.

The overall goal is to make messaging with contacts simpler, which is what Messenger users told Facebook they wanted in two recent studies on the app.

"In a recent Messenger study, seven out of 10 (71 percent) people told us simplicity is the top priority for them in a messaging app. Among people surveyed who are messaging more frequently, 62 percent say messaging makes them feel closer to their friends," wrote Stan Chudnovsky, VP of Messenger.

The new messaging app will roll out over the next few weeks in phases. A future update will also bring a new dark-mode option too.

The latest iteration includes several updates that give businesses more fine-grained control over interactions with customers.

With 200,000 developers on the Messenger platform (and fewer qualms about user privacy than WhatsApp), Facebook is adding more sophisticated features that brands can use to connect with customers.

A spike infections follows an update to the password and cryptocurrency-stealing malware.

The messaging app, which counts more than 1.3 billion users, is cutting down on the number of tabs, adding a "dark mode" and other seemingly modernizing features.

Join Discussion for: Facebook: You think Messenger is too cluttered,...