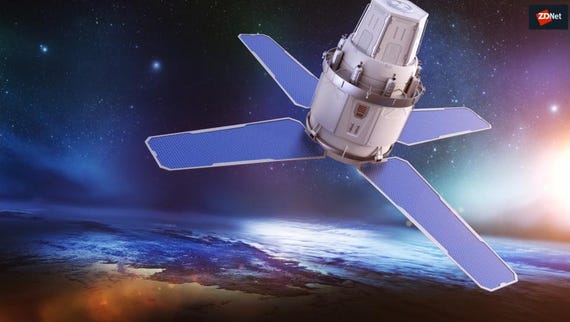 Inmarsat and Farmbot have entered into an agreement that will enable the agtech startup to deliver its water monitoring software-as-a-service solution to farmers located anywhere in Australia.

Under the agreement, Inmarsat will provide satellite connectivity services to Farmbot through the deployment of its IsatDataPro services, a two-way messaging service designed for machine-to-machine communication.

"We are really excited about the opportunities that our alliance with Inmarsat and real-time, two-way communications can bring to rural Australia and other regions. Affordable satellite-controlled pumps and machinery is a first for the Australian agriculture industry," he said.

"This partnership has the potential to significantly improve the management of critical water resources for rural farmers worldwide, resulting in tangible productivity gains."

Last August, Farmbot had deployed 1,700 of its remote monitoring units to farms across Australia. Each monitor sits on top of a water source, such as a water tank or dam, and delivers near real-time, event-driven reports to farmers when algorithms detect abnormal behaviour, such as when the water falls too quickly, rises too quickly, or stops moving altogether.

Farmers can also use the data to compare the tracking of water levels on their farms year-on-year, removing any unnecessary guess work.

In other satellite news, Orion Satellite Systems has announced a AU$3 million investment over the next six to 12 months to upgrade its systems from Hughes to UHP networks across three gateways in Kalgoorlie, Broken Hill, and Auckland. The upgrade will also coincide with the company's plans to grow its headcount across its Sydney, Perth, and Auckland office by 30%.

Kacific Broadband Satellites Group has won a five-year contract with the Tuvalu government to deliver satellite broadband connectivity across the nation's nine islands.

Under the agreement, Kacific will provide 60 1.2-metre VSAT terminals to be used for schools, medical clinics, government agencies, and small businesses; 400Mbps to 600Mbps of satellite capacity, depending on the size of the terminal; 40 outdoor Wi-Fi access points to support community connectivity; three maritime antennas to connect ferry services; and one 4.5-metre, one 2.4-metre, and nine 1.8-metre Ka-band antennas for backhaul services for the mobile phone network.

Total capacity of 150MHz will be available to Tuvalu through Kacific's Kacfic1 satellite.

"Tuvalu's agreement with Kacific is a game-changing project that will transform the lives of many Tuvaluans," said Tuvalu Minister for Justice, Communication and Foreign Affairs Simon Kofe.

"Through this type of agreement, the government is currently working to majorly reform Tuvalu's telecom sector in order to provide the widest possible range of efficient, reliable, and affordable telecommunications and information services to all of Tuvalu. It is hoped that these reforms will promote socio-economic development and create a modern enabling environment that encourages innovation, investment, and job creation."

Tuvalu is a Pacific Island nation with a population of approximately 11,000, and has a total land area of 26 square kilometres, making it one of the world's smallest nations in terms of land territory.

Join Discussion for: Farmbot partners with Inmarsat to deliver...