Microsoft's Lync communication platform has been waiting for a mobile client for some time. It's been a significant hole in the Redmond giant's offering, especially given the importance of Lync as a cloud-based communications platform as part of Office 365. But now, all at once, Microsoft has delivered mobile versions of its Lync client for several major platforms: Windows Phone 7, Android and Symbian (with iOS versions for iPhone and iPad currently awaiting approval). 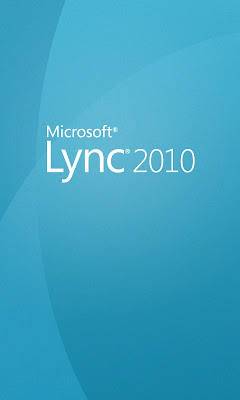 We looked at the Windows Phone and Android versions in conjunction with Lync Online, on Office 365. You don't get all the features of Lync with the online service, something that isn't entirely clear from the client – and we ended up having to get full details of the capabilities of Lync Mobile from a TechNet page. Not surprisingly many features of the desktop Lync client are missing from the mobile version, including video chat.

Getting Lync Online set up with Office 365 can be a challenge. SIP services like Lync require SRV records in the DNS, as well as multiple discovery CNAMEs. You'll need to work with your DNS provider to ensure the records are set up correctly – especially if your DNS is not run on Windows Server, as the instructions on the Office 365 have been written for use with Microsoft's DNS tools. If you're using a Microsoft-supplied domain you don't need to do any DNS work, however you'll have to manually type in the autodiscovery URI. We'd recommend replicating external DNS settings internally where possible. 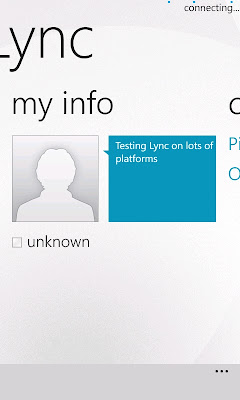 Lync 2010 Mobile is a free download, and installs quickly. If you've set up Lync's autodiscovery DNS records correctly you'll log in with your existing Lync username and password (which will be your Office 365 credentials if you're using Lync Online). The application itself is relatively basic, with tools for handling presence, and setting a basic status message. You can see co-workers in the contacts view, using the desktop Lync client to manage groups. Search features let you quickly find users in your domain (or federated domains) from your phone. 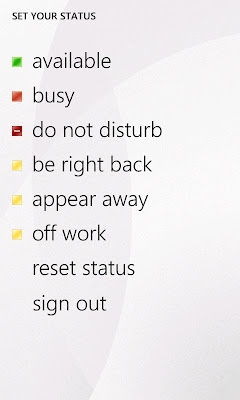 The heart of Lync on a phone is the messaging client, and that's the real benefit of using Lync – it's a secure mobile instant messenger that you control, whether it's using a local Lync installation or the Lync Online service. You can control who can talk to whom, and whether they can use external messaging gateways or federated Lync connections with partner organisations. Messages are threaded, with a record that can be used as the basis of an email if your need to follow up or record a decision that's been made. Conversations can be moved from mobile to desktop and vice versa, and you can invite additional users to a conversation. 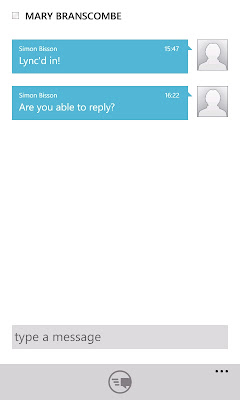 Although there's some support for voice, you can only use the dial-back tools built into the on-premises version of Lync, a feature described as 'call-via-work' (currently also unavailable on the Android version). Lync Online users can dial into conference bridges from meetings, but only if you've already bought service from third parties like BT. There's also no support for video conferencing, even on phones with front-facing cameras.

If you're expecting the full desktop Lync 2010 client on your phone, then you're going to be disappointed. Many features are missing, and what you're left with in Lync Mobile is an enterprise IM tool on a phone with comprehensive tools for managing presence and status messages. That's not a problem if it's what you're after – but if Lync has become a part of your corporate workflow, it may seem like a step backwards. It's easy to see mobile Lync users using their phones to stay in touch, dropping back to the desktop for more complex interactions and online meetings.

Lync Online users with Office 365 will feel particularly let down, as many of the mobile client's voice features tie into services that are only part of the on-premises Lync 2010. We'll look forward to Lync Online gaining more functionality – and giving Lync 2010 Mobile more features as a result.