For self-driving cars, winter is coming

We've been promised connected and autonomous cars for several years, but the delivery date seems to be ever-further in the future.
Written by Daphne Leprince-Ringuet on March 5, 2020 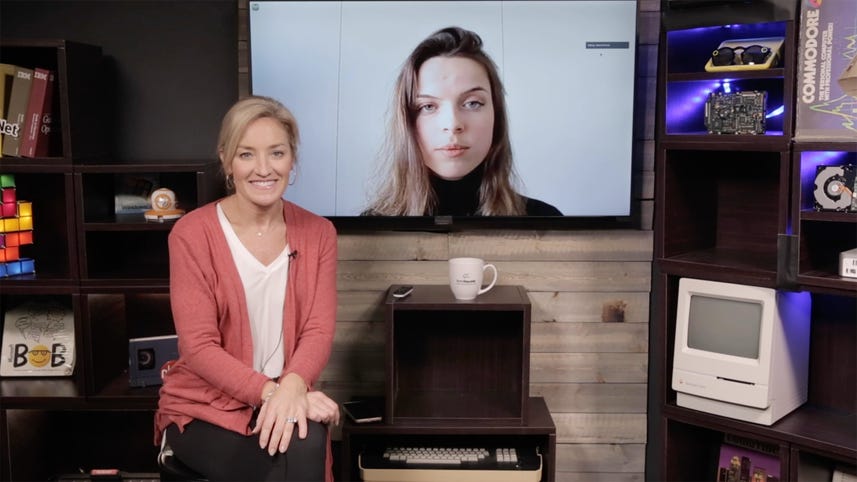 Autonomous vehicles are expected to generate trillions of dollars for the global economy in the next decade. But it's also pretty clear that right now drivers are still very much to be found at the steering wheels of the cars currently roaming the streets around us, despite some big promises.

Governments and industry have pitched the connected and autonomous vehicle for some time now. A couple of years ago, the UK government even committed to having "fully self-driving cars, without a human safety operator", on the country's roads by 2021. That's not looking likely: and after the hype, some argue that we are now on the cusp of an autonomous car winter.

Robert Piechocki, professor of wireless systems at the University of Bristol, told ZDNet: "It's a bit of a reality check, after a lot of upbeat announcements recently. We thought connected cars deployment would be imminent, but it's much slower than initially thought. We are entering a sort of connected cars winter."

Last month, in fact, 21 industry experts signed an open letter to British MPs, warning that autonomous vehicles are losing momentum. "The government has put the future of mobility at the heart of the industrial strategy, but we are at a critical juncture," read the letter, which was titled: "self-drive is stalling".

It can hardly be said, however, that there is insufficient appetite for self-driving vehicles. Industry and government in the UK have invested £400 million in developing the technology over the past four years. And there are too many publicly-funded consortiums and autonomous projects to list. Improving future mobility was one of the main objectives of the industrial strategy published in 2018, and since then the UK has been hard at work to meet its self-imposed 2021 deadline. For example, the government recently announced that it is working to amend the code of practice for automated vehicle testing, to let car manufacturers conduct "advanced trials" in which there is no human safety driver on board.

At the heart of this push for the technology is the promise, often highlighted by government officials, that these driverless vehicles will bring a £62 billion ($80.5 billion) boost to the UK economy by 2030, and that smart vehicles will create 420,000 jobs. By letting us move around the country more efficiently, goes the theory, autonomous cars will increase productivity, safety, and reduce both costs and emissions.

The efforts from public and private organizations have been met with a degree of success. It can hardly be said that the UK's smart cars deployment is lagging behind the rest of the world. The signatories to the open letter, in fact, stressed that Britain is ranked second in the G7 for self-driving and connected vehicles, according to a recent report from consultant KPMG.

And trials for these vehicles are underway, showing that the technology is essentially mature enough to be used. Last November, an autonomous Nissan drove itself from Cranfield, Bedfordshire, all the way to Sunderland, 230 miles away, with no interference from the two safety engineers aboard the vehicle. In London, supervised autonomous vehicle tests have started in two boroughs, with passenger trials due to start this year.

Despite these initiatives, Steve New, associate professor of operations management at the University of Oxford, described the existing timeline on the deployment of autonomous cars as "rather heroic". "Small initiatives might arrive quite quickly," he told ZDNet, "but substantive roll out is, I think, much more distant."

The star of the self-driving show in the UK so far is a project dubbed CAVForth, which is launching in the second half of 2020, and will be operating an autonomous bus service along a 14-mile route between Fife and Edinburgh. The buses are expected to carry 10,000 fee-paying passengers a week, and will be operating at Level 4 standard, which means that a driver will remain on board to oversee the journey.

For Richard Porter, director of technology and innovation at UK self-driving hub organization Zenzic (which is a joint effort between government and industry), project CAVForth is evidence enough that the government will effectively meet its deadline for 2021.

"We will have an automated bus service commercially carrying a large number of passengers," he told ZDNet. "It will be up and running by 2021, and it will be the main project through which we will be delivering on that deadline."

"We interpreted the government's deadline as a commitment to prove by 2021 that the technology can actually start to deliver commercial services. Then, we can start delivering those services at a significant, visible scale."

Is the smart car anticlimax simply due to misinterpretation of the government's commitments? Perhaps. But it is worth noting that the industrial strategy's vision does not include human safety operators monitoring the vehicle (the so-called Level 5 standard); and that none of CAVForth's buses will have such a degree of autonomy.

Whether experts agree or not on the politics of the government's promise, there is one point that brings about consensus across the industry: even if connected car technology is looking like it will be ready to go by 2021, the UK – and other countries, for that matter – is still a long way from having all the necessary frameworks to make sure autonomous cars can be deployed safely and at scale.

"The issue globally is the lack of regulatory structure," said Porter. "Even if we have those services by 2021, the regulatory frameworks will not exist and that will be a blocker to commercialization. This is clearly a market failure: we need rules that will allow automated vehicles to be a responsible and accountable technology."

The same observation led to the 21 signatories writing an open-letter to the government earlier this year. The experts asked specifically for more funding in their statement, which Porter argued should be invested in "safety and assurance frameworks".

Cybersecurity, for instance, is a problem far from solved when it comes to connected cars. Zenzic, in fact, recently reported that hacks and unwanted surveillance will be the most significant technical challenges to the successful deployment of self-driving cars in the UK.

Although the government is pumping money into research projects working on reducing vulnerabilities in driverless cars, experts are calling for even more funding. "Ministers understand that this is an important topic, but in short, we need more money," said Bristol's Piechocki. "New ideas are being introduced all the time, and there might be additional vulnerabilities that we don't know of."

For Zenzic's Porter, the issue is clear: we are on track to regulate Level 4 vehicles with the same rules as those in place for Level 2 systems – that's right, the same ones that still require the driver to constantly keep their hands on the wheel. "That's why we need strong investment in legal programs," he said.

Zenzic's expert believes that regulation will be the hot topic of the next five to ten years in this space. And the challenge is by no means UK-specific. The US, which is ahead in the deployment of driverless cars, has a similar gap to bridge.

This "global issue" needs resolving, said Porter – and in doing so, the UK is well-placed to take a lead. "In the UK, there is an advantage going forward," he said. "We have a long history of regulation development, and of establishing frameworks that are well-respected in the world."

Sure, the US is driving more miles; companies like Waymo can boast 20 million miles driven by their fleet of driverless vehicles, which makes the UK's 230-mile record pale in comparison. But equally, the UK has its own competitive advantage. "We need to find a niche in the market and deliver to that," argued Porter. "If we pass the adequate regulatory framework, the UK could influence global rules, because of the country's credibility in developing these sort of standards."

The UK, it would seem, is very close to an opportunity that it should seize if it is to lead the global development of a connected vehicle ecosystem. And Porter's analysis is shared by fellow experts. The story is global, according to Oxford's Steve New; "the big issues will require complex international agreements and standards."

As the UK government prepares to release its new budget, Porter is hopeful that enough money will be put aside to fund the next step in the deployment of smart vehicles, and to bridge the market gap that he has already identified. It is still too early, therefore, to speak of a "winter" for connected cars, he maintained; right now, he prefers the terms "mild autumn".

"Without a clear focus over the next five years, though, it could definitely develop into a much longer winter, where the UK is frozen out," he concluded. "The country has to seize the opportunity to become a rule-maker." But an opportunity can also be missed; and the stakes for this one are pretty high.