Google's rich Webkit-based GMail experience in iPhone and Android's mobile web browsers are proof enough that native smarphone apps for many types of applications are no longer needed or should be written for native APIs.
Written by Jason Perlow, Senior Technology Editor on Dec. 6, 2009 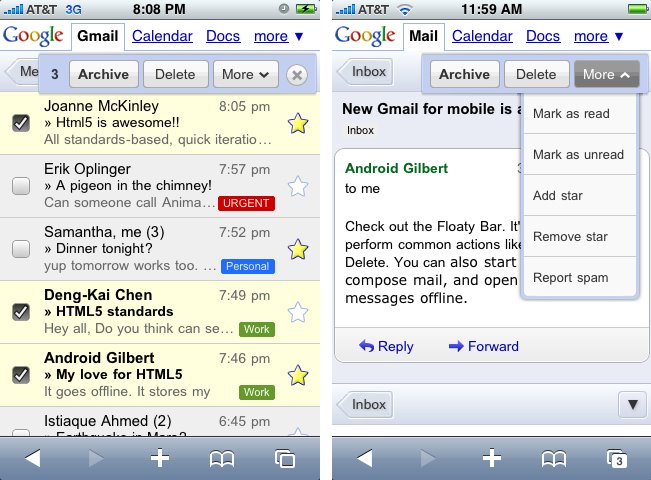 Over the last few days I've gotten a number of inquiries about smartphones and vertical market mobile apps, particularly as it relates to compatibility with Android, BlackBerry and iPhone. One reader, a Fixed Income securities trader, asked me about whether or not his new DROID could run the BlackBerry software for CQG, a popular live market data application.

I explained to him that while Android and BlackBerry use similar programming languages -- the BlackBerry uses a specific implementation of Java Micro Edition and Android uses Dalvik, a source-compatible but bytecode-incompatible clone of Java, the software applications they run are incompatible with each other and that some degree of porting work would need to be done to make CQG's J2ME application run natively on Android.

This is further complicated by the fact that there are other major smartphone platforms, namely the iPhone, Symbian and Windows Mobile which all use completely different APIs for native application design, which make the BlackBerry to Android porting look trivial by comparison. So what is a vertical market mobile application developer to do?

There are many reasons of course why smartphones should have native applications of their own. One of the biggest reasons is building the viability of their consumer market with games and other programs which exploit the specifics of the smartphone hardware, such as GPS-aware augmented reality apps.