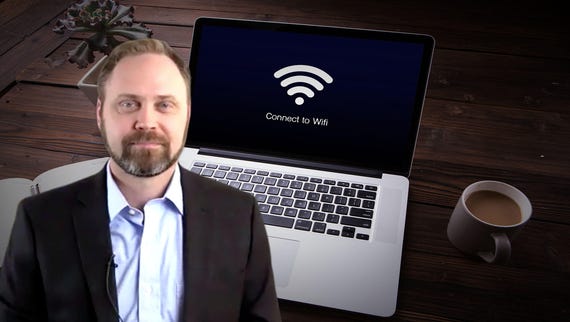 Expect to see a surge in devices supporting the new faster Wi-Fi 6 standard. Wi-Fi Alliance has just announced the Wi-Fi Certified 6 program for companies like Apple and Samsung to officially label their devices as supporting the higher-capacity IEEE 802.11ax protocol.

Wi-Fi Alliance, the group responsible for certifying routers and devices, opted for the new naming system last year to help consumers more easily distinguish between different generations of Wi-Fi 802.11 series of technology, which are defined by the Institute of Electrical and Electronic Engineers (IEEE).

As with previous generations of IEEE 802.11 wireless, Wi-Fi 6 operates in the 2.4GHz and 5GHz bands but promises more capacity and better performance when loads of devices are connecting to the same router. This generation of Wi-Fi is designed to support the Internet of Things.

The new Wi-Fi 6 logo is important for device and router vendors because it will allow them to put a badge on their products to indicate faster speeds. And to take advantage of the new technology, consumers will need both routers and devices that support it, such as the iPhone 11 and Samsung Galaxy S10.

Tests carried out by ZDNet's sister site CNET indicate that Wi-Fi 6 transfer speeds are about 30% faster than Wi-Fi 5 speeds.

With the right equipment, consumers can expect speeds of up to 1.2Gbps on the 2.4GHz band and nearly 5Gbps on the 5GHz band, meaning it is faster than most consumer broadband services available today.

Samsung announced today that its Galaxy Note10 is the first smartphone to gain the Wi-Fi 6 Certified badge.

"As a pioneer in new mobile experiences Samsung is proud to be announced as one of the first companies to hold the Wi-Fi Certified 6 accreditation," said Inkang Song, vice president and head of technology strategy group of IT & mobile communications division at Samsung Electronics.

"The Galaxy Note10 is one of our flagship devices and the first smartphone classified Wi-Fi Certified 6. Along with the Galaxy S10, we're thrilled to bring Wi-Fi 6 to our loyal customers."

Join Discussion for: Get ready for 30% faster internet as Wi-Fi...