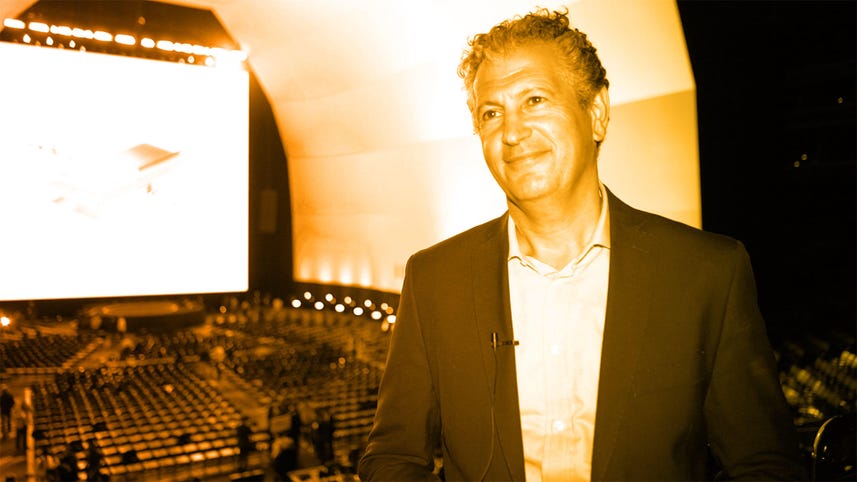 After spending a couple of hours with the Note 10 Plus at a pre-briefing, I've now had a full week with it and my own T-Mobile SIM. My Galaxy Note 9 is still an amazing device and I haven't experienced any problems with it. I'll have to see the bottom line of trading it in via the Samsung Upgrade Program before I decide if I'm moving on to the Note 10 Plus, but there are plenty of great features in this new Note.

Samsung has improved in many areas I detailed a couple of weeks ago and after getting some first-hand experiences it is clear that this is the most capable smartphone available today with lots of appeal to the enterprise user. A few things were compromised that may make the Note 9 more appealing to you, including the headphone jack, iris scanner, and rear fingerprint scanner.

Also: Galaxy Note 10 Plus: So far I'm undecided and here's why

While I listed the differences between the Note 9 and Note 10 Plus, there are several features and functions that I have been trying to evaluate over the past week. Make sure to check out ZDNet's Jason Cipriani's thoughts as he evaluates this device too.

The distinction of the Note series compared to the S series is lessening as we move forward in time with the S Pen being the primary differentiator. The differences in Samsung flagships may soon move to comparisons of the Galaxy Fold that offers a radically different design than the S or Note lines.

The Note 10 Plus feels better in my hand than the Note 9 with less thickness while still being wider than the S10 lineup. In addition to the width, the edges are "flatter" than the S10 line, which is a major bonus for me since I'm not a fan of heavily curved screens on phones where my fingers inadvertently cause screen presses. The width and screen curvature performance vary with the size of your hands, and the Note series is perfect for me.

The Note 9 has no side bezels to speak of with the top and bottom ones being pretty minimal. However, it's rather stunning to look at the Galaxy Note 10 Plus and see just a very thin black line at the top and bottom. Samsung blew the doors off of the screen-to-body ratio and although the official figure is 91%, it appears to be more like 99%.

The three main rear cameras are arranged similarly to what we see from Apple and Huawei with a vertical alignment along the left edge. This makes a lot of sense when holding the phone in landscape for photos too and looks fine. There are 12 default camera modes on the Note 10 Plus so I'm going to have to explore these further in a follow-up article since it's just taking me too long to evaluate all of these modes.

I did test the zoom-in audio feature and was able to confirm the phone truly does pick up focused audio when you zoom in, which is something we saw on HTC phones in the past too. The ultra-wide angle option on the Note 10 Plus is also very nice to have and there really is nothing you can't do with the cameras on this phone.

The hole-punch camera on the front is now centered with a cutout that is 26% less than we saw on the S10 series. There is a wider angle toggle on the front camera, but it doesn't work as well as the Pixel 3 front camera.

It feels odd to have a Samsung phone with one entire side devoid of buttons. There is nothing on the right side and no dedicated Bixby button. The power button is a multi-function button, so by default it is set to Bixby, but this can be changed by the user. It takes a volume button and power button press to turn off the phone.

The rear fingerprint sensor on the Note 9 was fast and reliable. The ultrasonic fingerprint sensor under the display on the Note 10 Plus is pretty terrible. I have experienced it working reliably about 50% of the time and unfortunately there is no iris scanner to help me unlock the phone faster. More often than not, I end up entering a pattern or PIN to unlock the phone. Apple's FaceID is wonderful and Samsung took a step back from the Note 9 with this ultrasonic scanner.

The new S Pen is a unibody design, so there is no metal cap area like we saw on the Note 9. It has a very similar weight and feel, with a single button on it to activate Bluetooth functions and the new Air actions. I tried out a few of these Air actions (changing the camera mode and zooming in) but have yet to see a real use for these gestures. The response of the gestures also has not been consistent, which always leads to a feature becoming non-existent without reliable performance.

The Galaxy S10 series launched with UFS 2.1 storage just six months ago and then OnePlus rolled out the 7 Pro with UFS 3.0. Thankfully, the Galaxy Note 10 series launches with UFS 3.0 with a minimum internal storage capacity of 256GB. It will take more time with the device to test out the responsiveness of this updated storage technology.

The Note 10 Plus has a large 4,300 mAh battery and I have been able to go a full long day with a fully charged device. It's not lasting as long as the Huawei P30 Pro, but it is better than the OnePlus 7 Pro and Google Pixel 3 XL. With various fast charging capabilities it is easy to quickly top it off and keep the phone charged throughout the day.

The Samsung Galaxy Note 10 Plus launches with Android 9 Pie with the Samsung One UI. One UI is a great update to previous versions of the Samsung Experience and is quickly becoming my favorite non-Pixel flavor of Android. LG should pay attention to what Samsung has done and take a hard look at its UI with future releases. One UI offers a clean user experience with gesture-based navigation options too. I finally moved away from the standard three-button Android navigation controls and am embracing gestures on Android like I did with iOS.

Thankfully, Samsung still includes its own apps, such as email, calendar, contacts, image gallery, music player, and web browser software. All of these offer more than the stock Google apps, and while others move to purely stock Google apps, there is still a ton of value in these Samsung applications that offer more for the enterprise.

Samsung Notes gets a major update with the ability to pinch to zoom, change colors of text after you enter it, handwriting to text (not cursive) and export to Word, PDF, text, and image.

There is also a fully functional video editor on the phone with a special offer for Adobe Rush too. The S Pen allows you to fine-tune your videos with frame-by-frame editing capability. I have enjoyed editing videos with speed changes, filters, and background music. There is so much in the device that it will take weeks to fully explore all of the features and functions available to the user.

In-store availability starts on 23 August and there are plenty of launch offers from carriers and Samsung. The Galaxy Note 10 Plus 5G will launch on Verizon to start with at pricing to be announced by Verizon.

There are also several new case options from Samsung with a massive third party market ready to explode with offerings for these new Galaxy Note 10 models.

As amazing as the Note 10 Plus is, it's not an automatic purchase for Note 9 users. If you have a Note 8 or earlier version of the Note then you should probably take advantage of the trade-in deals to secure a Note 10 Plus. Then again, we see Samsung drop the prices and offer lots of special deals within a month or two after launch so you may want to wait to see what holiday specials appear on the Note 10 Plus.

The Samsung Galaxy Note line used to set the bar for specifications in the Android space, but it seems that companies like OnePlus and Google are now taking up that challenge. The OnePlus 7 Pro has a display with a 90Hz refresh rate and an incredible 93% screen-to-body ratio. The Snapdragon 855 Plus was recently announced and in the past we would expect the Note series to get the latest processor first. I'm also starting to question my history of paying $1,000+ for a smartphone with more reasonably priced options available that offer nearly the same functionality.

The Samsung Galaxy Note 10 and 10 Plus are priced slightly lower than the Note 9, but they are still nearly double the price of very capable devices like the OnePlus 7 Pro, Google Pixel 3A XL, and more. However, the Note series is targeted to the enterprise and is once again the most powerful Samsung Galaxy phone available today so it will likely do well with Note fans.