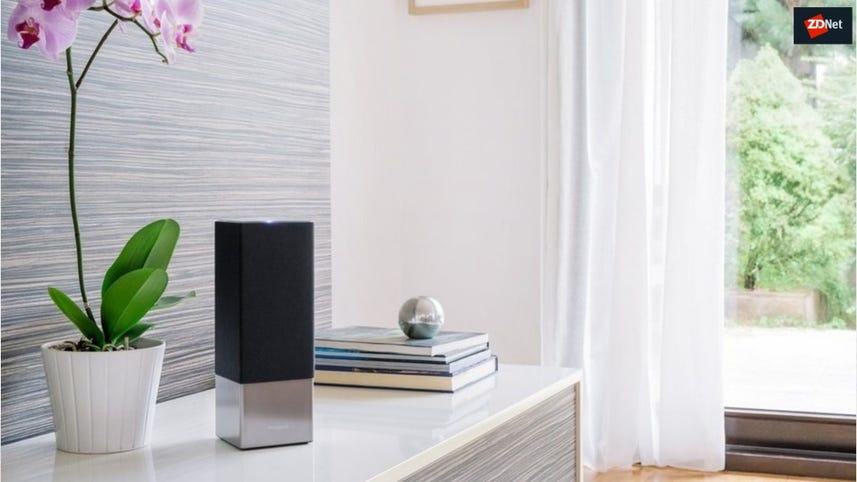 Video: Google Assistant is coming to more speakers and appliances

Google has now permanently removed the touch-to-activate Google Assistant feature on its Home Mini smart speaker, after temporarily disabling it in response to privacy concerns.

As ZDNet reported yesterday, Google's first firmware update for the Home Mini switched off the touch function after it was found that a unit handed out at the Made by Google launch was recording almost everything it heard and transmitting the data to Google.

Artem Russakovskii discovered the Home Mini was "inadvertently spying on me 24/7 due to a hardware flaw".

According to Google, some of the Home Mini devices were registering "phantom" touches on the touch panel, which incorrectly woke up Google Assistant, in Russakovskii's case thousands of times a day. Prior to the update, users could activate Google's artificially intelligence assistant by either touching the panel or by saying "OK Google".

A support note describing Home Mini's controls said the touch feature was "temporarily disabled", suggesting Google was working on a solution to reenable it.

But Google has now decided to kill the feature for good.

"We take user privacy and product quality concerns very seriously. Although we only received a few reports of this issue, we want people to have complete peace of mind while using Google Home Mini," a Google spokesperson said in a statement to ZDNet.

"We have made the decision to permanently remove all top-touch functionality on the Google Home Mini. As before, the best way to control and activate Google Home Mini is through voice, by saying 'OK Google' or 'Hey Google', which is already how most people engage with our Google Home products. You can still adjust the volume by using the touch control on the side of the device."

The new status of the tap feature has been updated in the Home Mini controls support page. Removing all top-touch functionality also means you can't tap the device to control music, alarms, and timers.

Google help page for the issue notes that it removed the function to "avoid confusion" and reassure users when using the Mini. The touch feature will be permanently removed in an update that should be complete by October 15.

Google launched the Home Mini on October and expects the first pre-order devices to ship by October 18. The $50 smart speaker is its answer to Amazon's $50 Echo Dot.

Google has released a firmware update to fix a Home Mini bug that made the device a privacy threat.

The number and variety of enterprise IoT initiatives are growing, but Gartner says most businesses are still holding back. Here are some compelling use cases and what companies can take away from them.