Google Earth Timelapse's 10-second snapshots of Earth from space over 32 years show changes such as the spread of the Alberta Tar Sands in Canada.

Global warming might be a Chinese conspiracy to president-elect Donald Trump, but Google's new 30-year time-lapse view from space still underlines the big changes that Earth has undergone.

Even if you don't believe humans have caused climate change, the new set of time-lapse satellite images from 1984 to 2016 offers a fresh insight into our shifting environment.

The 10-second snapshots of Earth from space over 32 years captures urban sprawl, deforestation and reforestation, receding glaciers, and major engineering feats, such as the Oresund Bridge connecting Denmark to Sweden, or the spread of the Alberta Tar Sands in Canada. 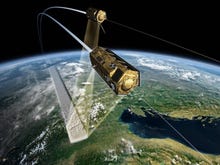 Photos: Move over Google Earth, this 3D map shows our world in razor-sharp detail Researchers have collected five years of imagery from a pair of satellites to create a 3D map of Earth that captures its mountains and valleys with unprecedented precision.

Google launched Timelapse in 2013 with a time-lapse from 1984 to 2012. It has now updated the project with the same methods it used to sharpen images and remove clouds in Google Maps and Earth in June. It also has updated it with four years' worth of images from between 2013 to 2016.

"We took the best of all those pixels to create 33 images of the entire planet, one for each year. We then encoded these new 3.95-terapixel global images into just over 25,000,000 overlapping multi-resolution video tiles, made interactively explorable by Carnegie Mellon CREATE Lab's Time Machine library, a technology for creating and viewing zoomable and pannable time-lapses over space and time."

The satellite images come from the NASA Goddard Space Flight Center and US Geological Survey. Since 2015, they also contain some data from the European Space Agency's Copernicus Program and its Sentinel-2A satellite.

Google has once again partnered with Time magazine to publish a selection of compelling locations to view in 10-second frames.

This year it focused on the expansion of the Panama Canal, which Time considers an improvement for the 21st century, while Brazil's Jirau Dam brought mixed blessings, helping improve electricity service but covering 1,400 miles of jungle in electrical cables. 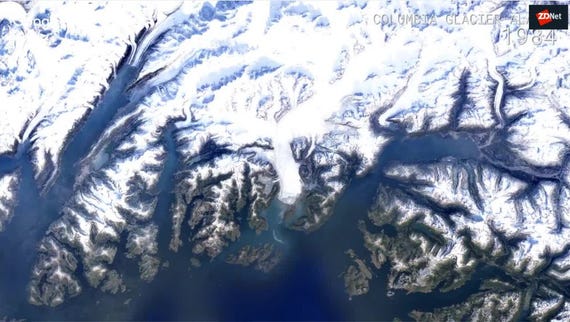 Do these Google Earth timelapses show the effects of global warming?
Watch Now

Join Discussion for: Google Earth Timelapse: Now you can see how...