There will be a recovery of IT investments in Brazil this year, with growth expected to reach 6.7 percent, according to a study published by the Brazilian Association of Software Companies (ABES) in partnership with analyst house IDC.

If the predicted post-recession uplift in technology investments by local organizations becomes a reality, the Brazilian IT market will have achieved twice the growth rate forecast for the global market.

Good news for the Brazilian technology market are sorely needed. Global IT investments have enjoyed growth of 2 percent globally at $2,3 trillion in 2016. Brazil, on the other hand, saw a decline of 3,6 percent with investments reaching $38 billion in total last year, says the study.

Governments and nation states are now officially training for cyberwarfare: An inside look Europe, Canada, USA, Australia, and others are now running training exercises to prepare for the outbreak of cyberwar. Locked Shields is the largest simulation and TechRepublic takes you inside.

"The recession had a direct impact on earnings and the hike of the US dollar [against the Brazilian real] pushed sector numbers down,"says ABES chairman Jorge Sukarie.

Brazil is now the world's ninth largest IT market. Prior to the recession - and since ABES began tracking the market in 2005 - the country had managed to hold the seventh position in the global ranking.

However, Brazil remains the leader, accounting for 36.5 percent of all the region's total IT investment of $105,3 billion. According to ABES, being amongst the top ten countries that invest the most in IT globally is still significant.

"Even though Brazil has shown a drop in investment, it still occupies an important place, being in the same [investment] group of countries such as Germany, the US and France, which shows the relevance of the internal IT market," Sukarie adds. 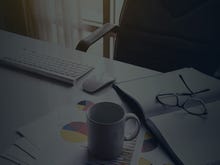 Tech Budgets 2017: A CXO's Guide See where organizations are spending their tech budgets in 2017 and what their top priorities are.
Show Comments
LOG IN TO COMMENT
| Community Guidelines

Join Discussion for: ​Growth predicted for IT investments in Brazil