Hands-on with the Instrumment 01, a pen that doubles as a smart tape measure

Find yourself tired of carrying around a tape measure for quick measurements? The 01 may be for you.
Written by Jason Cipriani, Contributing Writer on July 7, 2017 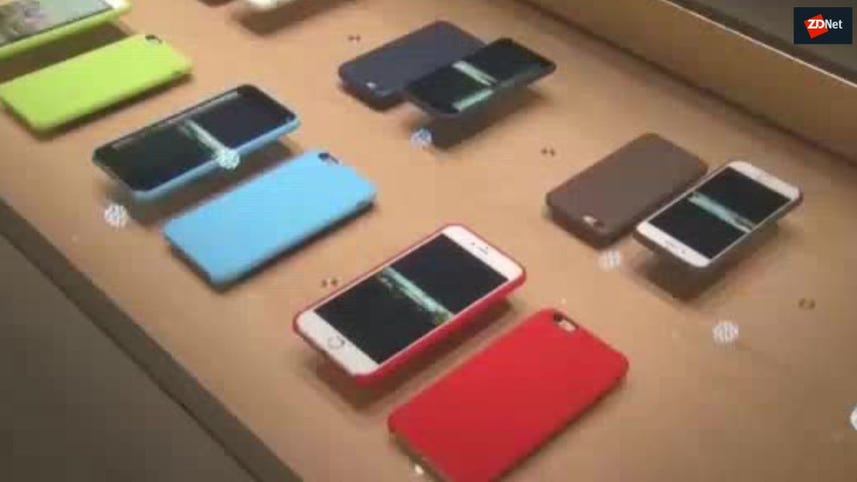 One of the many reasons smartphones have taken over the wireless industry is because they make our lives easier. We are able to manage our lives, essentially, from a device we hold in the palm of our hand.

Accessory makers continue to find new and creative ways to leverage the computing power we always have with us. Instrumments is one such company, with its Bluetooth-connected 01 measuring devices.

I've spent a few weeks testing and using it, and found it to be useful in certain situations, and not so much in other scenarios.

In the box and initial setup

The 01 is available in four different configurations. There's a pen, pencil, stylus, and just the dimensioning tool. I was sent the pencil model, which includes a sharpener, extra lead, spare roller, a battery, and a notebook.

The three main models are priced at $149, and the offering that's just a dimensioning tool is $99.

After removing the 01 from the box and placing the battery in it, you'll need to install the iOS or Android app on your smartphone and sign up for an account.

With that done, pairing the 01 to your phone takes just a few seconds. Instructions within the app and the notebook make the setup process foolproof.

My only complaint about the setup process, and actually the device itself, is how hard it is to remove the tip of the 01 where the lead goes. It's too tight and rough to turn with my hand. I've had to use pliers to open it, scratching up the body of the 01.

At the top of the device is a bumper. Rolling the bumper across a surface will cause it to rotate. A small red laser is used as an indicator to aid in lining up where to start and stop measuring from.

When you're done taking one of the needed measurements, a quick tap on the top of the device saves the data, then moves on the to next metric (length, width, height). Your smartphone will vibrate each time a measurement is recorded.

You can change the unit of measurement within the app, going from inches to miles, or millimeters to centimeters, among others.

As you roll the 01 across a surface, it can also create a 3D model of the item you're measuring. I didn't extensively test out this part of the 01's functionality but did mess around with it on a couple of occasions. Without the proper software, however, it's difficult to say one way or another how useful the 3D sketches are.

The company sells yearly subscriptions to 3D Cloud subscription that includes a set of "training wheels" the company recommends using when creating a 3D scan. With the added subscription, users are able to export CAD files of captured 3D measurements.

Someone like a carpenter shouldn't rely on the 01 for measurements to make cuts. Using the included 20 cm guide in the notebook, I tried as hard as I could to measure with the 01 and get exactly 20 cm. After several tries, the closest I could get was 19.78 cm. It's close enough for rough sketches and general measurements, but not cutting an expensive piece of wood when building kitchen cabinets.

Using the laser as a guide was something I appreciated. It's easy to see in well-lit environments and can be used for more than just measurements. For example, you can use the laser to double-check a picture is level.

At $149, the 01 isn't an accessory you're going to buy on a whim. This is clearly a device you need to be confident that it will streamline your workflow and make your job easier.

For someone like an interior decorator or designer, who is often taking quick measurements in order to give quotes and sketch out rough ideas, the 01 will surely do just that.

The ability to quickly save and label measurements that you can then in 3D programs or design apps is far better than a tape measure and piece of paper.