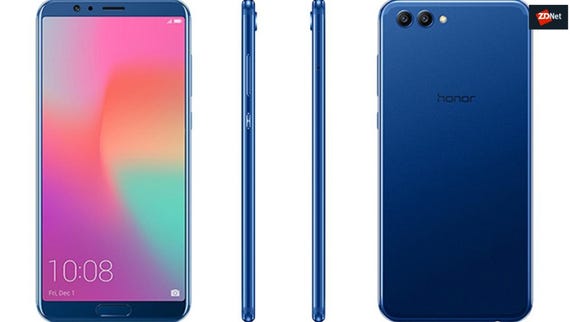 The Honor 7X, see our full review, is an excellent smartphone and at $200 it is stunning. ZDNet's Jason Perlow stated that the $200 Honor 7X is the future of the smartphone industry and after using one for a while it is tough to justify spending five times that amount for a flagship.

The Honor 7X launched in the US in late December 2017 and quickly became a best seller on the Amazon store.

The Honor 7X is one of the lowest priced smartphones available today, but is also very compelling in that sub-$300 category with a large FullView Display with a very high screen-to-body ratio. It has a powerful Kirin 659 processor, large 3,340 mAh battery, and rear dual-camera setup. I recommended one to a coworkers wife and she loves the phone and the fact that she doesn't have to worry about dropping a $200 phone when compared to others holding slick $1,000 phones.

The limited edition red Honor 7X is now available on the Honor website for the same $199.99 price. Honor stated that there will be a limited number of these red devices sold in the US so if you are considering it, get your order in now.

To celebrate the upcoming Valentine's Day holiday, Honor will also be giving away 10 red Honor 7X devices. To enter for a chance to win, consumers need to share a reenactment video on Instagram of the first time they met someone or something they love. Five winners will be chosen based on video comments and likes. Each winner will receive two red Honor 7X phones, one to share with your loved on and one for yourself. For details, visit the Honor USA Instagram site.

While we have seen flagship phones in 2017 eclipse the $1,000 price point, we have also seen incredible capability in Android phones in the sub-$400 range. The new Honor 7X comes in at half the price of mid-rangers with very little compromise.

Honor has released a couple of devices in the US, but the brand hasn't yet taken off. With the affordable $200 Honor 7X now available and the high-end View 10 coming in 2018, we may finally see folks take notice of these devices.