If you're like me, you've been building presentations for years. You probably started out making standard (4:3) size decks. These days, there is increasing demand for widescreen (16:9) decks. Different projects and clients demand different size decks.

Sometimes it's easy to mess up on a widescreen project, and build a deck in the standard size, the way you've been accustomed to doing it since the days of CRT displays. 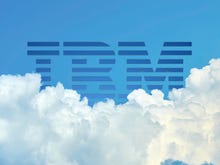 Put the Best Content to Work Every Time with Watson

Join experts from CBS Interactive and IBM Customer Engagement on Tuesday, March 28, 2017 at 2pm ET / 11 am PT. Registration is free.

For me, even though most of my newer decks are now widescreen, I still have to produce quite a few standard decks. Recently, in producing a deck about smart asset management (oh, the irony), I created an entire standard deck.

I realized belatedly that it should have been widescreen. I even had a big red note on my instructional outline, and still, I turned in a 4:3 deck.

My producer described it as a beautiful deck. It took me a lot of work to make it. Most of my decks (including the research that goes into them) are four-to-five day productions. The last thing I wanted to do was take another four days to rework this deck because of a dumb mistake.

Fortunately, because I do a lot of PowerPoints and have made this mistake before, I've developed a five step technique for recovering from a self-inflicted aspect ratio wound.

Step 1: Always save an original and a compressed version

I always save both an original and compressed version of my deck. In PowerPoint, you can click on an image, and then tell PowerPoint to compress all images for a given resolution (I use the smallest possible, since I'm webcasting them), and crop the unused portion of an image. You can see that in the screenshot below.

For my most recent presentation, that took it down from 74 megabytes to 32 - still big, but much more manageable for the webcasting software that will eventually be broadcasting it.

These presentations tend to be huge, because I start with very high-resolution images. The black-and-white image you saw in the screenshot was brought into PowerPoint as a 5000 × 3338 color image, originally shot on a Nikon D600. I often have hundreds of these in the presentation. I've found I can save a lot of time just bringing the full images into PowerPoint, rather than pre-scaling them in an external program.

But when it's time to turn in the presentation, they're always very large. So I use Compress Pictures under the Picture Format tab to reduce the file size. But here's the trick: I keep an original copy with the full, high-res images. I save a separate copy of my deck, compress all the images there, save that, and turn that one in. That way, if I have to come back later and make a change, I still have access to the full image.

If you make it a habit to always save an original and a compressed version of every deck you make, you'll always be able to convert a standard size deck into a larger one with much greater ease. I have found that even if I'm not converting a deck, I regularly need to change something where I need the original resolution. That's why this has become a best practice of mine.

Which brings me to the next tip for converting from standard to widescreen.

Step 2: Scale up your images to fill the slide

If you use very large original images, you can scale them up and not lose any display resolution. As you can see in the following example, when I converted from standard to widescreen, I cropped into the original image, and also blew it up.

If you keep your original in high-res, you can easily go back and do this. Of course, when you do scale your large images up to fill the slide, pay careful attention and make sure you crop in a way that's still attractive and gets the point across.

Step 3: Use a transparent background graphic to fill the empty spaces

My third technique, and the one that can save the most time, is to use a transparent background graphic to fill in the stripes that come from resizing your presentation to widescreen.

The third slide, above, has the background image. This fills out the slide and means that complex graphics don't have to be completely reconstructed to fill the space. The only catch is finding a graphic that fits nicely and complements the color scheme. Another trick: reducing the transparency will help it blend in.

Step 4: Stretch edge elements to the edge and enlarge

Even if you've resized most of your graphics, some of your text will still seem a bit orphaned. In particular, if you've got bars across the top or bottom of your slide, make sure you resize them to the full width of the screen.

As the image above shows, I pull any text bars that touch the edge in the 4:3 version to the edge in the 16:9 version, and also enlarge the text to fill the bigger bars. It's also a good practice to give those bars a bit more room, to help make everything feel right.

Finally, be sure to check graphics that were on your master pages before you resized your slides. If you change a slide from standard to widescreen, PowerPoint will stretch all the graphics on the master slides, which means you might have logos and such that look a bit odd.

Make sure you go back into those masters, and scale them appropriately.

That should do it. If you follow this five-step process, you should be able to recast your 4x3 deck to a widescreen deck in about 30 minutes. Just make sure you keep your high-res original slides as a matter of slide-making practice for all decks, because having to replace all those images can be a real time sink.

By the way, if you want to see this deck in action, we did the webcast on March 28, 2017. For those of you who want to watch it, here's the on-demand link.

David Strachan, IBM's principal offering manager for Watson Content Hub, and I will be having a wide-ranging, in-depth discussion of the challenges facing managing digital assets in small and large companies. We'll take an exciting look into what IBM is doing with Watson's cognitive computing engine to help identify and automatically tag images and manage content. Watson is deeply cool, so I relish every chance I get to talk with IBMers about what makes it tick.

Join Discussion for: How to convert a standard PowerPoint deck...