HP Inc., delivered an in-line fourth quarter that featured a 4 percent PC sales gain from a year ago, as its printing business continued to struggle with revenue falling 8 percent.

The company, which reported at the same time as its other half, Hewlett Packard Enterprise, saw strong gains in its notebook business, with desktops gaining 2 percent in the fourth quarter. HP, however, took a hit on consumer printers and supply revenue.

For fiscal 2016, HP delivered net income of $2.7 billion, or $1.53 a share, on revenue of $48.2 billion, down 6 percent from a year ago. In a statement, CEO Dion Weisler said the company executed on its strategy to focus on its core.

HP Inc. surprised many with their increased revenues driven by PCs during a rough time in both the PC and printer market. HP's premium PC and gaming strategy is starting to kick and and drove a lot of their 4 percent revenue increase for the quarter in a down market. Both consumer and commercial revenues were up, hard to do when you're profitable at 4.3 percent margin. Ink is HP's biggest short-term issue commercial units were up 10 percent and HP needs to get control of the knock-off ink cartridges. I like the printer pipeline driven by page wide array technology that helps them attack the laser market but also 3D printing. I still view HP as the 3D printing leader in 2017.

The results show that HP's PC business fared better in the fourth quarter than it had for the fiscal year. Here's the breakdown for the fourth quarter. In a nutshell, PCs were solid, and consumer printers and supplies took a hit. 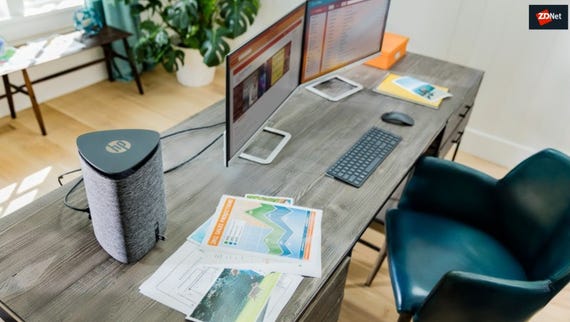