Full Bio
Posted in Technically Incorrect on May 8, 2021 | Topic: Working from home: How to get remote work right 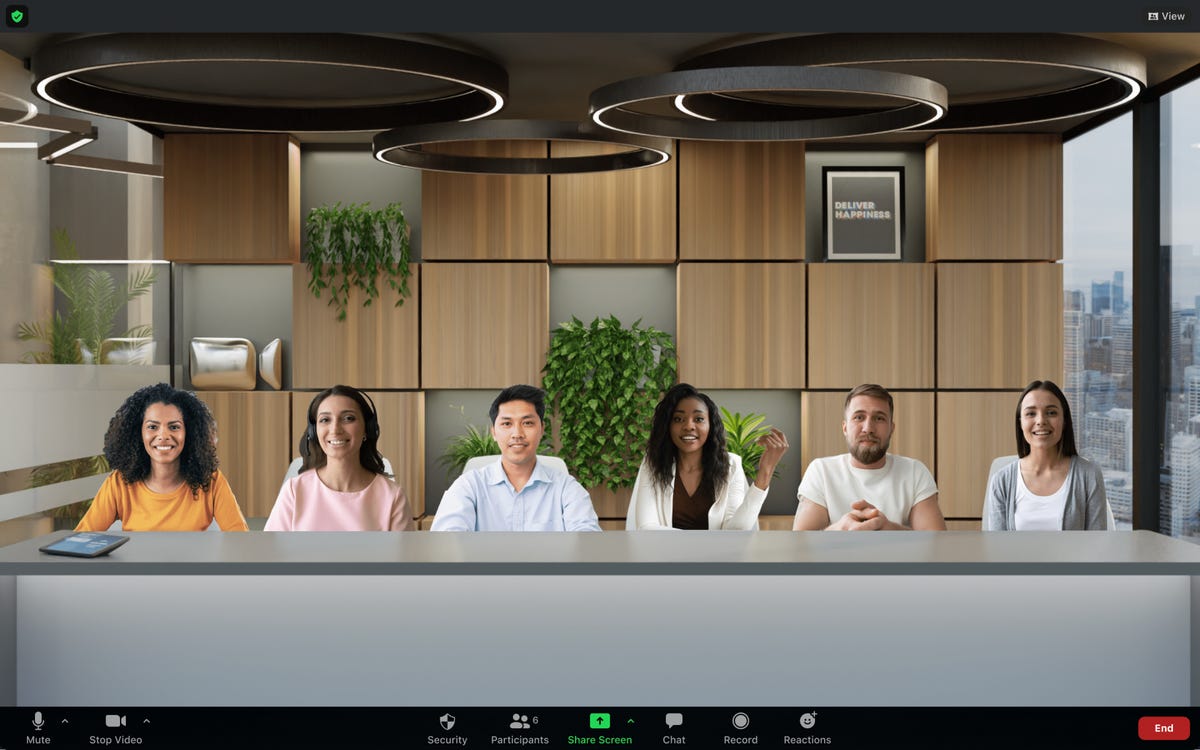 At least among those who enjoy a luscious mixture of self-preservation and public-spiritedness.

Masks are being tossed aside, as the CDC says it's OK to bare your face outdoors.

And, more and more, I hear people saying they've just had enough of Zoom.

Why, a renowned professor told me the other day: "If I have to have another bloody Zoom meeting, I swear I'll scream." (Zoom is, of course, the generic word that encompasses Microsoft Teams, Webex, and Google Meet too. To their creators' annoyance.)

I feel confident she'll have another Zoom meeting today, but it's the thought that counts.

And it's a thought that's just been echoed by JP Morgan Chase CEO Jamie Dimon. As CNBC reported, Dimon told the Wall Street Journal CEO Council: "I'm about to cancel all my Zoom meetings. I'm done with it."

Dimon explained that when he traveled, he got ideas. Not the same on Zoom calls, it seems. He said that younger people don't like this Zoom thing at all. "It doesn't work for those who want to hustle," he said.

And if you don't hustle, well, who are you?


Dimon added that his bank has lost business because potential clients were visited by humans from other banks -- yes, in person -- but not from Chase.

He said that by the fall, work would look much like it did before the pandemic came along.

Has the Zoom backlash begun? Has mankind's essential need for fresh air, changes of scenery, and martinis in company-driven executives and employees alike to crave a return to office life?

Will Zoom, in fact, become the place where all the dull meetings happen while the more exciting, innovative elements are left to physical interaction?

I was going to ask even more existential questions, but then I noticed some more words from the very same conference. This time, emerging from Eric Yuan, CEO of Zoom.

He admitted to, oh, Zoom fatigue. He said: "I can tell you last April, on a particular day, I had a total of 19 Zoom meetings. I'm so tired of that, so I do have a meeting fatigue."

How clever of him not to associate his brand name directly with the word fatigue. Yuan did add, however, that he wants his employees to return to the office soon.

Of course, it's not the same for all professions. Not all businesses enjoy the option of physical or remote. But if the most exalted business leaders are tired of Zoom, they might indeed encourage all their staff to return more quickly and operate in a way they haven't done for more than 12 months.

Dimon put his enthusiasm for a great return quite aggressively: "Everyone is going to be happy with it, and yes, the commute, you know people don't like commuting, but so what?"

Oh. And there I was thinking one thing managers had learned during the Zoom-filled pandemic was empathy.