Remember when you had a new digital device with an enormous amount of storage space on it compared to your previous version? Way back around 1993 I remember buying a one hundred meg hard drive and thinking what an amazing new world we lived in.
Written by Oliver Marks, Contributor on Aug. 1, 2010 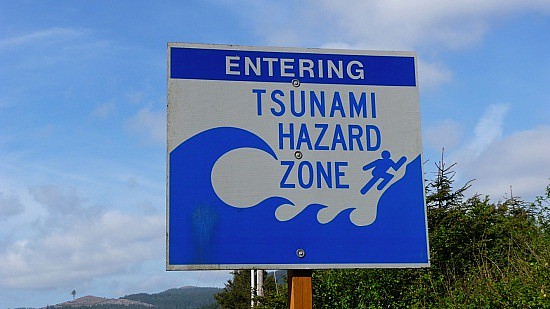 Remember when you had a new digital device with an enormous amount of storage space on it compared to your previous version? Way back around 1993 I remember buying a one hundred meg hard drive and thinking what an amazing new world we lived in.

I'd just seen the first jpeg image compression Photoshop plugin and ruminated on how things were getting significantly smaller, yet we seemed to be somehow creating more stuff anyway. Today - and more importantly tomorrow - the sheer volume of data we create is an increasingly crucial barrier to our efficiency if not organized well. The public internet and mobile networks are seeing exponential growth of information flow, with video hogging bandwidth and massive increases in data transfer between smart devices, as an article in this weekend's New York times discusses.

Big advances in optical transport, data filtering and networking are keeping the Internet one step ahead from collapsing under its own weight... but data flow on a personal level and the challenges of filtering it all in a time efficient way are an inevitable result of the broadened internet highways that allow greater flow.

The 'internet of things' - RFID chipped objects and devices reporting back in real time online to other machines and humans - are rapidly expanding data flow, but our personal ability to parse increasing volumes of information is lagging.  Machines communicate at ever more sophisticated levels with each other in order to save humans time and keep them better informed, but once they start bombarding us with information your time commitment can be significant. There's a huge difference in value between a milk carton RFID chip telling you remotely via a digital device your milk is going off in your fridge, and a few  'loosely coupled' acquaintance's Nike running accelerometers broadcasting via Twitter that they just ran a mile in 18, 12 and 8 minutes.

Humans are somewhat limited in our skill sets around parsing the value of information... "There are things the brain does in limited ways, and things it does very well," says Douglas Merrill,  former chief information officer at Google. "Learning facts is something we're pretty bad at. Learning stories is something we do well" according to this review in Forbes of his new book 'Getting Organized in the Google Era'.

Merrill recommends regularly organizing all the information that has piled up in your various channels according to a couple of topics, seeking common relationships among them and how they relate to you. What doesn't fit should be discarded, and what does he proposes you retain by focusing around narrative threads or stories.

For the majority not drinking the 2.0 'social' Kool Aid... (over sharing low value personal information online while hunting out and consuming information to either immediately flip for personal gain or to be archived like a voracious baseball card collector for future value) ...the challenges of this data and information tsunamai are increasingly choking up their lives, particularly around work. Finding the value in the clutter can be very time consuming.

Merrill's narrative thread idea is one thing in your personal life, where you are somewhat flexible in what you chose to pay attention to, retain or discard, but for your work responsibilities you have different responsibilities.

Jaron Lanier, historically an outspoken critic of all things Web 2.0, discusses in his latest 2010 book 'You are not a Gadget' how the 2.0 fashion for aggregating the expressions of people into dehumanized data means only the aggregators get rich, while the actual producers of content get poor. Although this is clearly a huge issue in the consumer internet world (and why newspapers are struggling and dying for example) there are benefits to this approach for the salaried corporate employee.

The power of the collective, when applied to employees tasked with common causes, is very powerful: There's no problem (apart from governance and IP protection issues) with 'information wanting to be free' (and preferably well organized and findable) in a large company, since employees are being paid to be productive in different ways.

If on the other hand your income is supposed to be from the progressive rock album you made in the 70's that is still hugely popular, the idea that your music 'wants to be free' online won't be buying you a cup of coffee anytime soon.

Morten Hansen articulated very well in his book 'Collaboration' how easy it is to overcook business collaborative initiatives by underestimating costs, misdiagnosing problems and struggling with hostile cultures. It is often better to nurture smaller teams or individuals than launch into blind collective efforts he argues. Identifying how and where to stimulate collective activity in a business is harder than it appears, particularly now there are so many digital tool vendors enabling the supporting infrastructure, which is not the hard part.

Apple, the darlings of the 2.0 hardware world, are a shining example of  innovation - but with the iphone and ipad coming out of ultra secretive, very closed internal cells with all information tightly controlled at all levels.

...There are some cases where a group of people can do a better job of solving certain kinds of problems than individuals. One example is setting a price in a marketplace. Another example is an election process to choose a politician. All such examples involve what can be called optimization, where the concerns of many individuals are reconciled. There are other cases that involve creativity and imagination. A crowd process generally fails in these cases. The phrase "Design by Committee" is treated as derogatory for good reason. That is why a collective of programmers can copy UNIX but cannot invent the iPhone.

The blend of broad collaborative concepts across a company, with well defined and articulated intentions and goals to all, is typically a shrewd blend of internally 'public' and 'private' environments across the business, with capacity for large and small teams and individuals to fit purpose, scale and needs.

Without this type of strategic thought, the ever increasing information tsunami will engulf the ill prepared  enterprise's poorly organized information infrastructure.