Continuing our look in more detail at the 2013 predictions from analyst Mark Anderson , the question of processors and Intel vs ARM is an interesting proxy for the bigger question of "what do we want a computer to be?"

Despite the successes of three generations of Core processors, Intel has plenty of problems to tackle.

Anderson put it bluntly and raised questions about both the business and the technology of CPUs ('CarryAlong' is his term for tablets, phablets, netbooks and other devices that are portable enough to carry and use all day):

"Intel: Long Live the King, the King is Dead. The chip royalty ladder is flipped, as Intel becomes increasingly irrelevant in the world of general computing, while CarryAlong and mobile chipmakers (led by Qualcomm and ARM) are the new William and Kate. For most observers, Intel in 2013 is a component supplier for servers. The best way out of this cul de sac: a new CEO with tech chops."

Intel is unbeatable in the laptop space today, but the combination of the popularity of tablets and the laws of physics at 19nm scale and below makes you wonder where they will be in five to 10 years' time. I've wondered if Intel started favouring operations over chip technologists for leadership when they noticed that they were hitting the wall on Moore's Law and had run through Dennard Scaling so much faster than predicted.

(Moore's Law, of course, relates to the number of transistors on a wafer and the cost of the fab to put them there, while Dennard Scaling has to do with keeping the power efficiency of those transistors as good as the previous generation.) 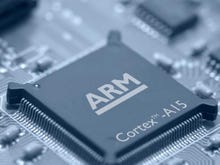 The hi-K metal gates introduced in Sandy Bridge and the tri-gate derivative in Ivy Bridge are making a huge difference in today's Intel chips, but it took 10 years to get that into production. Moreover, a new material is needed to help deal with the fundamental issue of not having enough electrons to get a clean signal to switch the transistor between one and zero without quantum-level effects weirding out the transistor - and if there is such a material, it's still in the labs.

In the meantime I see Intel deliberately continuing to cannibalise itself with Atom because that's preferable to being cannibalised by ARM - and at least uses those fabs that were so expensive when you built them a few years back when they were state of the art. I also see it missing out on LTE, still, which has to hurt its ability to compete in the smartphone market. And if rumours that Haswell chips don't launch until the middle of 2013 are true, Intel would be about six months behind on its usual tick-tock cadence of shrinking a die one year and rolling out a new architecture 12 months later.

Could Intel knock the internal politics on the head while it's at it? I don't understand why CloverTrail isn't yet available in large numbers, but the battle between the Silicon Valley and Israeli chip development teams on direction could be one reason why we don't yet have a Core chip that can support Connected Standby (CS) in Windows 8, even though the power levels should be low enough to make that work.

Look at the 17W TDP (thermal design point) of some Ivy Bridge Core models, the promised 15W TDP of Shark Bay Ultrabook processors and then forward to the 8-10W TDP of Haswell, when we might finally get on-package CMOS voltage regulators and support for S0ix active idle - and that's what you need for Connected Standby.

To be fair, it's possible that the reason we don't have Core chips with CS already is that it requires everything to go to a low power fast wake state, not just the CPU - and that's easiest to do when you control all the support components by building an SoC; System on Chip by definition means integration and less variation to deal with. (Qualcomm's huge success has been about not just building a good ARM chip but building it into an integrated platform that can be used to churn out dozens or hundreds of smartphones in a year.) 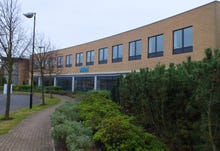 The Ultrabook programme also gives Intel a way to kick OEMs into line to make them use low-power components (maybe even screens with enough attached RAM to cache what you're looking at on screen when it's not changing fast enough for the GPU to need to be awake), although that's going to face the usual resistance from OEMs who want the choice to carry on with their race to the bottom on $200 tablets and $300 PCs.

Meanwhile, there's Intel's continuing inability to understand that producing graphics drivers that are robust enough to reliably do hardware acceleration is crucial. Notice how few Intel GPUs have been certified for hardware acceleration by Adobe or compare the hardware acceleration you can get in IE 9 and 10 with a 'real' GPU compared to Intel integrated graphics. Offload to GPU is one way to get around Moore's Law (a GPU has far more cores than even the most multi-core of CPUs and they're simplistic and only applicable to easily parallelised problems, but offloading to special purpose hardware is another way ARM systems punch above their weight).

Intel is stuck between the rock of physics, the hard place of mobile computing, the Scylla of expensive fabs and the Charybdis of business models.

Maybe that's why it's trying so hard to become a software company with services for developers. It's been adding NUI concepts like voice recognition and gestures as well as location services under the Computer Continuum umbrella to the language support and development tools it's long offered, and putting its own virtualisation layer under any operating system running on an Intel PC. And, yes, all that does put Intel into competition with an even wider range of industry players...