Intel is aiming to compete with Nvidia and AMD in the AI-driven, discrete graphics card market by 2020.
Written by Liam Tung, Contributor on June 13, 2018 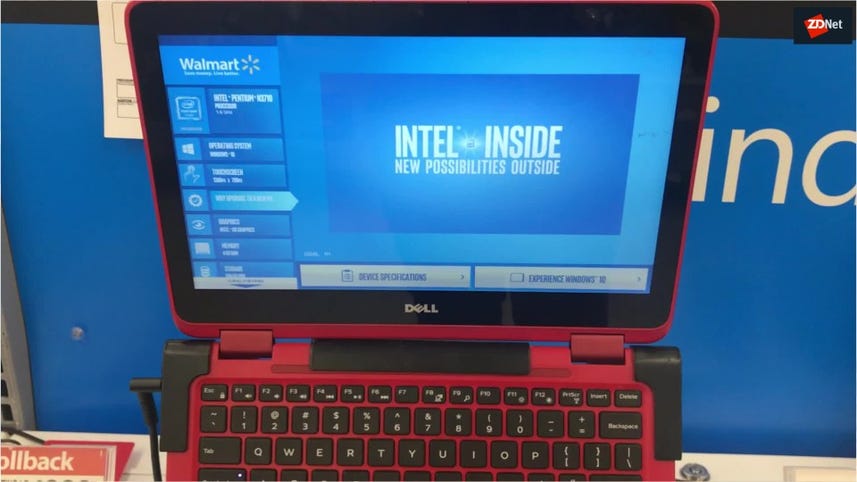 Now the company has announced via a short tweet that its first discrete GPU will be coming in 2020.

Discrete GPUs are standalone components from the CPU that enable more powerful graphics than the integrated GPUs Intel currently offers.

The discrete GPU market has long been dominated by Nvidia and AMD, but the incumbents could face more competition if Intel's discrete GPU plans succeed under Koduri.

Koduri led the Radeon Technologies Group that collaborated with Intel to help it build its new 8th Generation Core H chip with discrete graphics for slimmer laptops that can handle gaming demands.

He now heads up Intel's Core and Visual Computing Group, which was formed with his appointment.

The initiative will set Intel up for building a portfolio of graphics chips not just for gaming and PC enthusiasts, but for the enterprise in the data center and artificial intelligence.

Intel's executive vice president of the data-center group, Navin Shenoy, said Intel will include GPUs for the data center aimed at AI and machine-learning applications, as well as client systems for gaming and professional development.

Shrout notes that Intel's 2020 plans are ambitious given the three-year development cycle for complex design and the need to build it from scratch.

"Though few doubt the capability of Intel for chip design, building a new GPU architecture from the ground up is not a small task. Intel needs to provide a performance and efficiency level that is in the same ballpark as Nvidia and AMD; within 20 percent or so," the analyst noted.

Intel's new GPU initiative is not its first venture into discrete graphics. In 1998 it unveiled the Intel740, or i740, in a high-profile launch.

However, the 350nm GPU, co-designed with Lockheed Martin spinoff Real3D, was ultimately a failure because of poor performance and soon disappeared from sight. Subsequent Intel efforts such as the i752, i754, and Capitola were equally unsuccessful.

You can buy Intel's retro Core i7-8086 processor online, if you act fast (CNET)

Nvidia brings its Volta architecture chips for supercomputers to the PC.