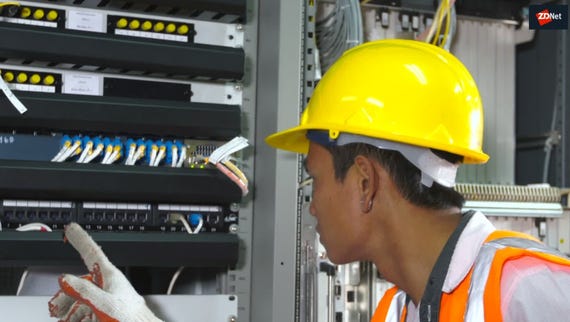 With Arm saying its CPUs will soon be up to scratch with Intel i7 performance, Intel now claims its new display technology will give Intel PCs a smartphone-like battery life.

At Computex 2018, Intel teased its new Lower Power Display Technology, its answer to breaking past the battery life available on most laptops and 2-in-1s today of around 12 hours.

As 'always-on' 4G PCs start to emerge, battery life is one area where mobile computing could improve significantly. And, as Intel pointed out, the display is the main source of battery consumption.

Intel's technology is featured in an LCD panel being made by Sharp and Innolux that they knocked down from a two-watt display to a one-watt display, cutting power consumption by half. Intel boasted that this could deliver an extra four to eight hours on a system.

The company showed off a standard Dell XPS 13 with a Core i7 8th Generation CPU that it says lasted 20 hours on a charge. A Dell XPS 13 with the new screen lasted 25 hours, while a prototype Intel device lasted 28 hours.

But as CNET reports, the optimized screen also needs Intel's power-management system, and only works with Intel's integrated graphics. So anyone who prefers Nvidia or AMD graphics is out of luck.

Arm last week boasted that its next-generation chips will have "laptop-class" performance, signaling a major boost for the next batch of Windows 10 on Arm PCs, which currently deliver a 20-hour battery life but suffer from slow performance given their price of $599 to $999.

Seriously impressive, even if caveats abound.

The platform previously only supported 32-bit apps, but a new SDK will open up the possibility for 64-bit apps.