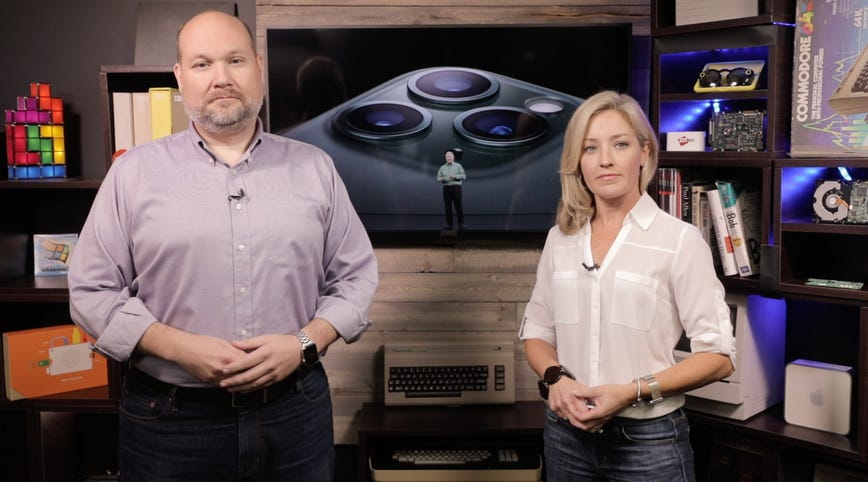 Alongside Apple's iPhone 11 announcement, the company quietly changed the terms of its AppleCare+ extended warranty service, allowing customers to pay for it monthly, essentially indefinitely.

The company also lifted restrictions and reduced prices for accidental damages under the service.

The new payment option, spotted by 9to5Mac, applies to customers who buy an iPhone, iPad or Apple Watch and appears in the updated legal document for AppleCare+.

While monthly pay plans already have available been for AppleCare+, Apple has now made some key changes to the terms of cancellation as well as 'Plan Term and Renewal', which allow the plan to run beyond the former two- or three-year period.

The change can be more clearly seen when choosing how consumers would like to pay for the AppleCare+ plan. Upfront pricing for the iPhone 11 and iPhone 11 Pro costs $149 and $199, respectively.

But on the online store, consumers are also offered the choice to "pay monthly until canceled" for $3.99 per month and $7.99, respectively. Similar options are available for the iPad and Apple Watch.

The option to pay monthly for the previously available fixed two- or three-year periods has also gone. So consumers either pay upfront for two years' coverage, or pay a monthly subscription-like fee for indefinite AppleCare+ coverage.

The changes to term and renewal come as replacement cycles slow for all smartphones, with consumers often keeping devices for more than three years.

While consumers will pay more over 24 months for AppleCare+ on a monthly basis, this new option could be a sweetener for consumers who decide to keep their phones beyond two or three years.

The key section of the updated legal document highlights that the plan will continue "unless canceled" or in the event that Apple no longer has service parts. In the latter event, Apple will provide 30 days notice.

"For Monthly Plans, your Plan Term is one (1) month. Your Plan will automatically renew each month unless cancelled as set forth in the "Cancellation" Section 9 below, including in the event that Apple is no longer able to service your Covered Equipment due to the unavailability of service parts, in which case Apple will provide you with thirty (30) days' prior written notice of cancellation, or as otherwise required by law," Apple states.

Apple also made another significant change to AppleCare+ services for 'Accidental Damage from Handling' or 'ADH Service'.

It previously had a lower price for the first 'service event' within the two- or three-year period and then charged $10 or $20 more for the second service event, depending on the device.

The new document states: "Further, services for ADH expire and all of Apple's obligations to you under this section are fulfilled in their entirety once Apple has provided to you: (i) for Single-Pay Plans, two (2) Service Events; or (ii) for Monthly Plans, two (2) Service Events within a twenty-four (24)-month period (or thirty-six (36)-month period for Apple Watch Edition or Hermès) based on your Plan's original purchase date as specified on the original sales receipt."

The former document stated: "Further, services for ADH expire and all of Apple's obligations to you under this section are fulfilled in their entirety once Apple has provided to you two (2) Service Events."