Is the CIO losing their grip on tech decisions?

Digital transformation means tech strategy decisions are being made beyond the walls of the IT department. But is there still a role for the CIO?
Written by Mark Samuels, Freelance Business Journalist on June 6, 2018 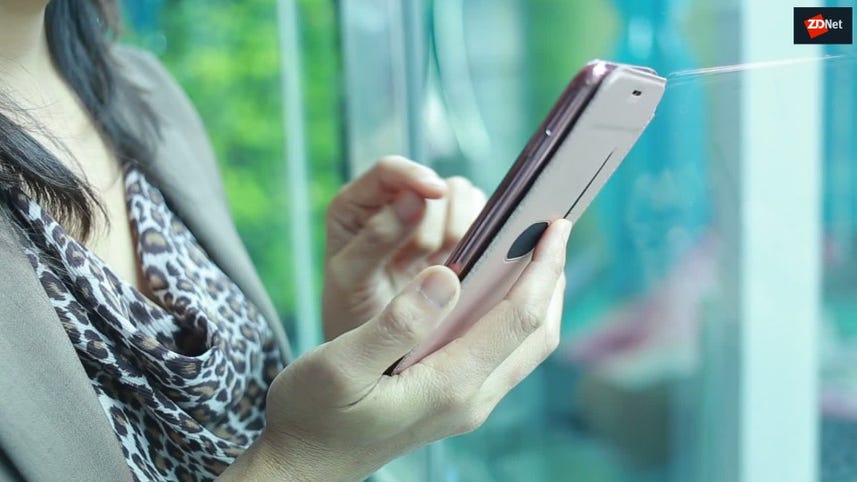 IT leaders are meant to be helping their organisations embrace digital transformation. Yet too many businesses feel the threat of disruption is leaving their company at a disadvantage -- and some CIOs are beginning to feel their influence over technology is diminishing.

How organisations buy technology is changing -- but that doesn't mean the IT team is obsolete.

That's one of the key conclusions from the 2018 CIO Survey from recruitment specialist Harvey Nash and consultant KPMG, which suggests a move towards digital platforms is proving a huge challenge for IT leaders. These platforms are essential to helping traditional businesses develop new routes to market in the digital age.

However, more than three quarters (78 percent) of businesses suggest their digital strategy is at-best moderately effective. Almost one in ten (9 percent) of organisations report there is no clear digital vision or strategy at all. When digital investment does occur, most is focussed on front-end, rather than deeper operational, activities.

This lack of progress in the key area of digital transformation leaves the business disheartened and it risks making the CIO disenfranchised. Over half (55 percent) of organisations rate their IT/business alignment as 'moderate' or worse.

"Businesses are being thrown into disarray by disruption and that level of change can sometimes feel demoralising for CIOs," confirms Albert Ellis, chief executive at Harvey Nash, who recognises the failure to deal with disruption is being accompanied by an even more worrying trend -- the waning influence of the CIO.

Fewer CIOs are on the executive board this year, with the survey showing a 9 percent year-on-year fall compared to 2017. Fewer IT leaders also report their influence is growing, with an 8 percent drop on last year. In total, 13 percent fewer CIOs suggest they are feeling 'very fulfilled' this year.

Defining a new role for the CIO

This combination of poor progress regarding transformation and waning influence in the business should leave IT leaders feeling concerned. Yet Ellis notes context is important. He says many CIOs measure their influence by reporting lines -- all CIOs want to report to the CEO and that's not always possible.

IT leaders should also take heart from the fact that, while they might not always make the boardroom, the business continues to be more interested in technology than ever before. As many as 84 per cent of executives said IT budgets in their firms would be the same or even higher this year.

Ellis suggests it's unlikely executives heading other functions would be able to report such positive budget increases. With cash in their hands and support from the board, CIOs have a fantastic opportunity to create change that sticks. Yet to ensure long-term success, IT leaders must stop acting in isolation and must start collaborating across lines of business.

That focus on peer networking will feel familiar to many IT professionals. This is the twentieth year of the Harvey Nash/KPMG CIO Survey -- and it sometimes feels as if the focus on engagement is an almost ever-present theme.

During the past decade, technical knowledge has been democratised. The sphere of influence when it comes to technology has altered, and possibly away from the CIO. This year's research demonstrates again that non-IT professionals are increasingly responsible for technology procurement, with two-thirds (67 percent) of CIOs saying more than five percent of their IT spend is managed outside their department.

"With cloud, people across the organisation can purchase services on-demand themselves, and this changes the role of the CIO," says Ellis. "IT leaders are now more involved in compliance, rather than the construction of solutions. This change in roles might feel like a loss of influence. But the business needs digital direction from experienced CIOs."

Ellis says the key message for IT leaders is to focus their capabilities on transformation. Traditional companies are either changing positively in response to disruption, or being irreparably damaged as they struggle to compete. If IT leaders can helps their organisations embrace the challenge of disruption, they can help build a strong platform for change.

"CIOs are really good at knitting plans together," says Ellis. "If they focus more on new business models, and how they use their experience to develop new ways of thinking, then they've got a tremendous opportunity."

The survey of 3,958 CIOs and technology leaders provides further proof of the changing role of the IT chief. Gone are the days when CIOs focused first on operational matters. The top three priorities for digital leaders in 2018 are: developing innovative new products; delivering stable IT; and enhancing customer experiences.

Not every CIO, of course, will feel confident in this new role. Peter Ironside, director of CIO Advisory at KPMG, says there is a clear distinction between CIOs who are adopting an engaged position quicker and better than others. The best IT leaders focus on the bottom line and think about how technology can deliver new value to the business.

"The change in mindset that's required is still a struggle for some CIOs," says Ironside. "Many IT leaders have sat in silos for years. To be successful today you must work with the business. As a CIO, you can embrace change or you can retreat. The people who will be successful in the future are those who are embracing transformation now."

Smart IT leaders are using the appointment of a chief digital officer (CDO) to help bring clarity around their own roles. Rather than representing a threat to the IT leader, the CDO can act as crucial counterpart in digital transformation.

The research found organisations with a CDO, either in a dedicated or acting role, are twice as likely to have a clear and pervasive digital strategy than those without one (44 percent versus 21 percent). In the most effective businesses, CIOs and CDOs take separate roles but work in harmony to deliver digital processes that deliver business benefit.

Ironside says CIOs should take control of the architectures, products and standards that their organisation uses to enable digital transformation. CDOs should focus on creating linkages across all areas of their business, from the end customer through to the IT department and other parts of the organisation.

"Only with that end-to-end value chain in place will you be able to drive total business transformation," he says. "If you want to do things differently in the digital age, you will have to focus on engagement to be successful."

More on CIOs and digital transformation