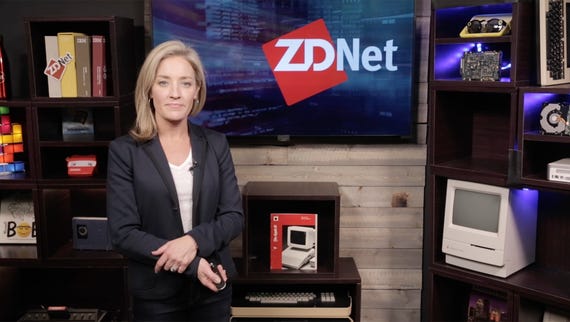 It's been a fantastic year for European tech, with almost $35 billion capital invested in companies founded in Europe. There is one caveat, though: women's share of the funding pie – a small one to start with – has actually got slimmer in the past four years.

A report published by London-based VC firm Atomico describes a bleak trend for women entrepreneurs. In 2015, 11% of investments in Europe went to mixed-gender and women-only teams; this year, the proportion has gone down to 8.4%.

One explanation put forward by the report is that larger rounds of investment, also called mega-rounds, nearly always go to male founders, which dilutes the overall share of capital raised by more gender-diverse teams.

Not a single investment deal worth $100 million or more has been signed with an all-women team over the past four years, and only 7% of such deals went to mixed teams in 2019.

That's still a slight improvement on the previous year, when every single mega-round went to teams led exclusively by men.

Sarah Nöckel, investment associate at VC firm Dawn Capital, told ZDNet: "Europe is lagging behind on diversity. In general, there is still an ongoing unconscious bias towards women. There needs to be a lot more education to change mentalities."

The issue is not that women are absent from the tech space. Out of 1,200 European tech founders that were surveyed in the report, nearly a quarter identified as women.

As it dug further, the report also found that women and men are almost equally qualified for science and engineering careers. In fact in some countries, like Lithuania, the number of women who are scientists and engineers surpasses that of men.

Women can and do found tech companies, therefore; the problem is rather that they then struggle to secure enough capital to develop their projects.

"The women are there. The issue is not that VCs are struggling to find them," said Nöckel. "The fundamental problem, rather, is access. The venture ecosystem is a close circle of people that hasn't moved for years, and if you are outside that circle it is really hard to break through the first barrier."

And when looking at the investment teams that make the funding decision in the first place, the trend crystallises: the report effectively indicates that there remains a striking gender imbalance within the VC industry.

While the share of women investors in junior positions has climbed to 37% this year, it remains that women in senior positions, who are most likely to make key investment decisions, only represent 13% of European investors.

"Increasing diversity at VC funds is one important piece to encourage more diverse founders," said Sophia Bendz, partner at Atomico. "If investors are more representative of society's diversity, we will reach a more diverse set of entrepreneurs."

It is not just gender diversity that needs working on: the report also flagged that 84% of the founders described themselves as white, and 82% are university-educated.

European VCs, however, are divided over whether the industry is proactive enough in diversifying its ranks. The report even states that the question of diversity caused the greatest level of divergence of opinion between VC respondents.

About a third of them agreed that the industry has taken meaningful steps to improve the diversity of the founders they back – a quarter disagreed, and the remaining respondents neither agreed nor disagreed.

What's more, VCs are not all equally taking steps to improve gender representation. While a large majority of women VC respondents said they were increasingly focusing on attending events with participation from diverse founders, that was only the case of 36% of male respondents.

Ekaterina Gianelli, partner at VC firm Inventure, told ZDNet that the VC space, despite discussing the topic for "too long", is still not taking clear actions. "Yet it's our actions that count," she said. "Everyday behaviours in our team, promotions we do, startups we back."

For Gianelli, the under-representation of women is slowing the whole tech ecosystem down. This is why she consistently looks at team composition when she invests; if a team is not diverse from the beginning, she said, it is almost impossible to fix at a later stage.

SEE: Why is Windows 10 a mess? Ex-Microsoft engineer blames the culture of 'made-men'

But diversity is not yet the focus of every VC: according to Nöckel, inclusion is still far from being the norm, despite being a hot topic. "Not every VC is actually doing something about this issue and taking responsibility for it," she said. "We need to start thinking of it as a fundamental problem, so that we can remove the barrier between investor and founder."

It's not all doom and gloom, though: Nöckel is positive that change is happening, albeit at a very slow pace. She stressed that a culture shift cannot happen overnight, and gave it "about 10 years" before significant change is achieved.

The report identified 28 initiatives in the UK alone that are working to achieve more diversity and inclusion in the tech industry. They include meet-ups, events, consultancies, co-working, and even coding schools.

Join Discussion for: It's been a bad year for female entrepreneurs...