It's the biggest job in tech. So why can't they find anyone to do it?

Like many businesses, the government wants to achieve a digital transformation. It might try to start with appointing a leader.
Written by Daphne Leprince-Ringuet, Contributor on Sept. 10, 2020 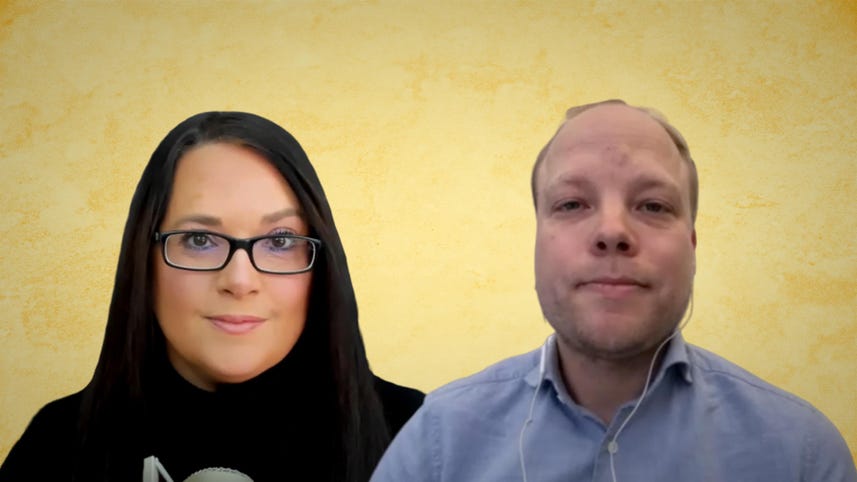 An exciting new vacancy has opened up that will likely tempt some IT leaders into freshening up their CV: the UK is recruiting a Government Chief Digital Officer (GCDO), who will be working at the highest levels of the Cabinet Office to lead the digital transformation of public services in the country. All of this and more, for £200,000 a year.

The job is the biggest one in government tech so you'd expect the recruiters at the Cabinet Office to be deluged with applications from hyper-qualified aspiring GCDOs, who got tech goosebumps from just reading the role description.

Yet strangely enough, the GCDO job has been open for almost a year now.

"We sought out candidates for a similar role last autumn," confirmed Alex Chisholm, the chief operating officer of the civil service, as he announced the new vacancy. And indeed, a similar vacancy went live last October albeit with a slightly different name – Government Chief Digital Information Officer (GCDIO) – but almost exactly the same responsibilities.

In both versions of the job, the successful candidate is expected to "enhance Her Majesty's government's reputation as the world's most digitally-advanced government." This includes leading the Government Digital Service (GDS), a branch of the UK Cabinet Office dedicated to the digital transformation of government, and heading the 18,000-strong Digital, Data and Technology Profession department.

Final interviews for the role, in its 2019 version, were expected to take place at the end of November last year. Oliver Dowden, at the time minister for the Cabinet Office, insisted when the job was first published that the hunt was "underway" and that updates on the successful candidate would come "very soon".

A year later, while the job title has managed to lose one letter from its acronym, the government continues its search for the right fit for the role.

The failure to appoint a senior leader to coordinate the mammoth task of digitizing public services is at odds with the government's rhetoric. Three years ago, the UK re-iterated the need to create a "government as a platform" in a brand-new digital strategy, with the objective of harnessing the potential of digital to improve the efficiency of public services.

The goal? To enable "digital by default" across government, and use technology and data to better serve citizens with digitally enabled public services that would be easier, simpler and cheaper.

Since then, many reports have emerged stressing the difficulty of achieving this digital transformation journey without proper management from the very top. Last year, for instance, a report from the House of Commons' Science and Technology Committee found that the government's digital momentum was slowing, and that the shift was partly due to a lack of senior leadership.

These failures have been especially palpable in the past few months. As the global COVID-19 pandemic threw the world upside down, the need for a government that effectively delivers digital services in a time of crisis became ever-more important.

Of course, the COVID-19 crisis gave rise to many successful digital endeavors across public services. But there is also mounting evidence that the UK government could have done with leadership for some digital projects that ended at best, in delays, and at worst, in chaos.

The NHS's notoriously failed home-grown COVID-19 contact-tracing app, for example, went through various technical difficulties before it became clear that the technology should launch in collaboration with Apple and Google. The app only resumed trials midway through August, months after some European equivalents.

Meanwhile, a nationwide test-and-trace programme started without completing mandatory privacy checks, causing uproar among digital rights activists. And then, exam regulator Ofqual got into murky waters as it emerged that the algorithm used to predict students' A-level and GCSE grades after months of lockdown was deeply flawed.

"Data sharing and the use of personal data in government was already coming up the agenda, and has been turbo-charged by the past months," Gavin Freeguard, head of data and transparency at the Institute for Government, tells ZDNet. "I suspect that this crisis would have been managed differently had there been a leader."

SEE: How to be a manager: Five ways to get your team to trust you

Freeguard finds that the government's renewed attempt to recruit a GCDO is encouraging, especially given the level of seniority of the role. But the good news shouldn't divert attention from yet another digital government vacancy that Freeguard is campaigning to see filled, and which seems to have fallen through the cracks – that of a Chief Data Officer (CDO).

Appointing a CDO to lead the government's use of data before 2020 was a promise laid out in the government's digital transformation strategy published three years ago. The case for a CDO is easily made: getting the right data in the right place at the right time is fundamental if the government is to make better decisions and improve the services it delivers to citizens.

Public inquiry after public inquiry has revealed that data is misused by public services, whether because the value of data is misunderstood or because departments struggle to access information that is siloed and often poor in quality.

Last year, Freeguard wrote a joint letter urging the government to "fix the plumbing and sort out its data infrastructure", and calling for the appointment of a leader who might get a grip on data in government. Now in 2020, the deadline has passed, and the government hasn't clarified when the CDO will be recruited.

A long-awaited new national data strategy was published this month, which reiterated that the Cabinet Office will recruit a chief data officer for government, but no time-frame was specified.

Crucially, nor was there much exactitude on the job description: the strategy only states that the future CDO will oversee the Government Digital Services and lead the Digital, Data and Technology Profession department.

SEE: What is a Chief Data Officer? Everything you need to know about the CDO role

In other words, the CDO's responsibilities match, word for word, those laid out in the new GCDO's job description. How both candidates will work together is still to-be-defined, or so it seems.

"It's already a fractured landscape with lots of different players," says Freeguard, "and one needs to be very careful when bringing one more in. It would be helpful if the government could clarify exactly who will be in those roles and when we can expect an appointment, but also what the respective responsibilities will be and how the two roles will work together," he continued.

While it is one thing to appoint leaders to drive digital change across public services, it is equally important to do this strategically – and the government's approach so far seems to lack clarity.

For Mark Thompson, professor of digital economy at the University of Exeter, a politically backed and clearly defined plan of action is exactly what the government is missing. Thompson argues that the transformation of public services should rather be treated as a business-model question, to allow for proactive structural change.

"(This) is in my view the only thing that has a chance of achieving anything more than tinkering around the edges of an essentially broken, C20, legacy organisation that is failing citizens," Thompson tells ZDNet. "So appoint a Chief Digital Officer by all means, but don't bother unless she or he has top political backing, that is sustained throughout a five-year programme of radical change."

The UK is now nearing the ten-year anniversary of the creation of the Government Digital Service – the first unit that was formed specifically as part of the Cabinet Office plan to bring new technologies to public services.

Mike Bracken was appointed executive director of the organisation when it launched in 2011. He expressed his hopes and aspirations at the time in a blog post: "I know that in several years' time there will need to be a culture of digital innovation at the heart of public service delivery, and those with new digital skills should consider working within Government as attractive as working for a technology company," wrote Bracken.

And nine years later, one thing appears certain: it is hard to imagine the government ever matching top Silicon Valley unicorns without a digital leader empowered to coordinate change at the very top. It remains to be seen what tools the future GCDO and CDO will have at their disposal to drive the transformation of government – that is, when and if the recruitment process finally succeeds.