Opposition cites the same reasons it shouldn't have voted for the laws in the first place as the reason to fix them.
Written by Chris Duckett on Feb. 9, 2020 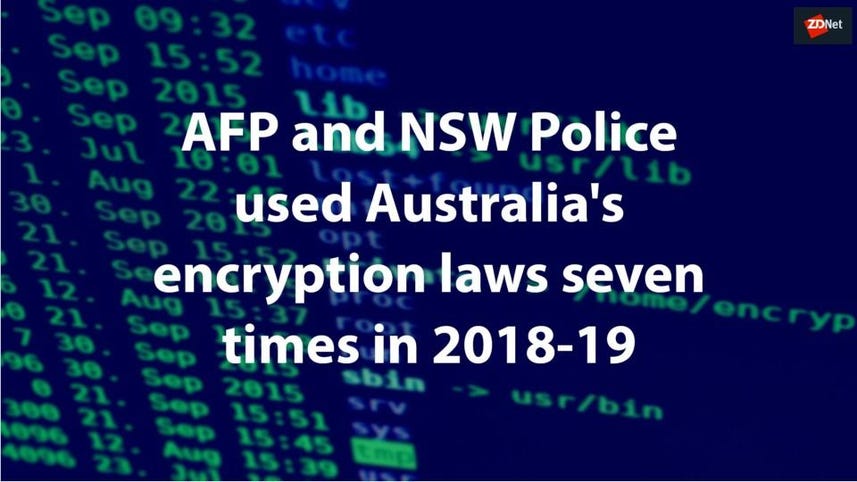 The Australian Labor Party said on Monday it would be debating a Private Senator's Bill to fix the encryption laws that it voted for in 2018.

The changes would include judicial authorisation that make the laws compatible with the US CLOUD Act, as well as changes in the previous Bill that was stranded prior to the May 2019 election.

"Tech companies report that customers are less likely to seek out contracts with Australian companies because the encryption laws pose risks that they would be required by the government to introduce systemic weaknesses into their products and systems," Shadow Minister for Home Affairs Kristina Keneally said.

Labor was warned of this exact situation in 2018 before it voted for the laws.

Australian security vendor Senetas called for the laws to be dumped in 2018 because it would damage Australian reputations and trust.

"The Bill will damage Australian developers' and manufacturers' reputations in international markets, resulting in loss of trust and confidence in Australian cybersecurity R&D and products," Senetas said at the time.

"Rather than protecting the interests of citizens, this Bill compromises their security and privacy as a consequence of weaker cybersecurity practices and easier access to new tools for cyber criminals."

As long as the government majority holds, and there are no signs it would not, then Labor's fixes will die on the House of Representatives floor.

"Today is a test for the Morrison government -- will they stand up for the 700,000 Australians working in our technology industry and Australia's law enforcement agencies ... or continue with their broken promises and do-nothing plan?" Keneally said without a hint of irony.

Labor had previously said it would fix the "rushed legislation" it passed if it won government in May. The ALP did not win.

On Friday it was revealed that the nation's metadata laws were capable of handing to the cops the web browsing history of Australians.

At the time, Labor Senator Anthony Byrne noted his "grave concern" this was happening despite assurances.

Updated at 19:17pm AEDT, 10 February 2020: Article headline originally said the Bill was being introduced. The Bill was up for second reading debate.

How the B-Team watches over Australia's encryption laws and cybersecurity

Most telco interception warrants are issued by non-judges. Important cybersecurity work isn't being done. The Information Commissioner lacks funding. Does the government actually care about privacy and security?

The first seven months of Australia's controversial encryption laws didn't see an explosion of decryptions. Worry instead about the cops bypassing judges to get their interception warrants approved.

End-to-end encryption means Huawei bans are about availability, not interception

Better late than never for agreeing to judicial authorisation, but legislation is unlikely to pass the House of Representatives.