Las Vegas to lose 65 percent of jobs to automation by 2025, says study

Based on a 2013 study conducted by Oxford University researchers, this new report is a bleak reminder of how vulnerable low-skilled jobs in the US are to automation.
Written by Rajiv Rao, Contributor on May 17, 2017 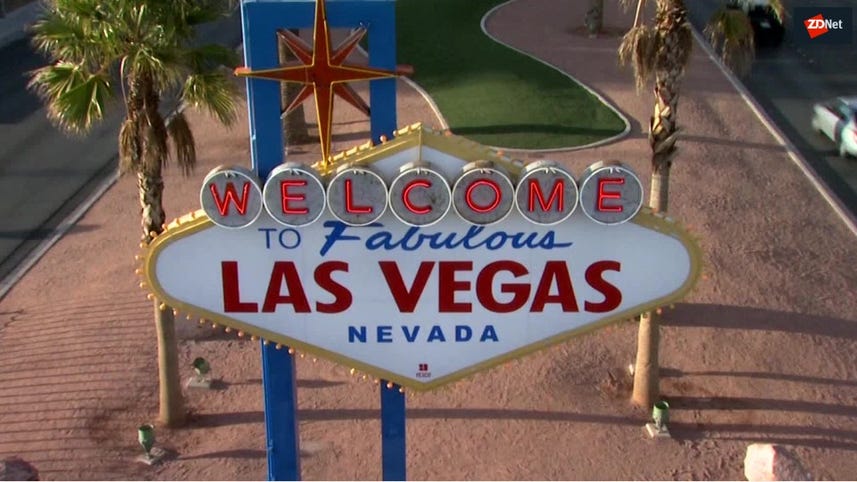 It seems inconceivable that a city can simply watch 65 percent of its jobs evaporate into thin air in less time than it takes your newborn to reach kindergarten, but a recent study says that this is exactly what is going to happen to Las Vegas by 2025.

A report assembled under the supervision of Johannes Moenius, director of the Institute for Spatial Economic Analysis at the University of Redlands, predicts that the huge job loss in Las Vegas will be mirrored by 64 percent of jobs vanishing in El Paso, Texas and 63 percent of percent of jobs in both Riverside, California as well as Greensboro, North Carolina being gobbled up by automation. The report mentions Orlando, Florida and Louisville, Kentucky as other vulnerable cities felled by the rise of machines.

The fact that these cities are not outliers should be of grave concern to both local and state governments throughout the US. In fact, the authors state that almost all major metropolitan areas in the US could lose beyond 55 percent of their current jobs to automation in the next few decades. "We felt it was really stunning, since we are underestimating the probability of automation," said Moenius to the Atlantic.

Especially noteworthy here is the fact that the culls will not be taking place in the traditional manufacturing sectors that have already felt the brunt of automation, but in regions that have a preponderance of low-skilled jobs. Most susceptible to job losses are people working in food preparation and serving, office or administrative support, and sales. A city like Las Vegas most embodies an economy that supports labour in all of these occupations. Service sector employment, once the panacea to a fading manufacturing landscape, will now suffer the same slings and arrows that the blue-collar sector suffered not so long ago.

The real heavy lifting behind this bleak outlook was undertaken by Oxford University professors Carl Benedikt Frey and Michael A Osborne in a 2013 study, The Future of Employment: How susceptible are jobs to computerization?, which underpinned the report of Moenius and his colleagues.

The Oxford study, which stated that nearly half of American jobs are at risk from automation over the next few decades, analysed some 700 professions that were the most vulnerable to obsolescence including telemarketers, insurance underwriters and appraisers, tax preparers, and cashiers. Moenius and his team contextualized the Oxford study with employment data from the Bureau of Labor Statistics and extrapolated it for a hundred metropolitan areas in the US that had a large share of these kinds of jobs.

Below is a map generated by the US study where the size and colour of the bubbles indicate the risk of job loss to automation. Apparently, the next iteration of the study will take a closer look at the demographics of those caught in the cross-hairs of change -- age, race, education, and other factors.

WHICH JOBS WILL RULE?

In a world where robots are beginning to replace hotel concierges, fast-food workers, truck drivers, and farm-hands, none of this may seem all that shocking. Clearly, routine jobs are at the highest risk of being replaced. What is a more recent realization is that even non-routine jobs are rapidly facing the threat of extinction thanks to machine learning. Huge amounts of data allow complex tasks like cancer detection to be done by machines and in most cases far more efficiently and accurately than by humans.

The jobs that will be saved from the predation of machines are those that -- no surprise here -- tap into the essence of what it means to be human. In other words, those that require creativity, emotional and social intelligence, and include professions that range from artists and storytellers to surgeons, teachers, mental health social workers, and physicians.

So, how does one combat this potentially destructive, soul-sapping encroachment that is destined to change human existence as we know it? "I don't think there is a one-size-fits-all solution to this," said Moenius. "We really believe that each city will have to find its own way ... Problem-solving, spatial thinking, having an understanding of multidisciplinary issues -- these are things that everyone who has to make a decision of what I should be educated in now [should think about]." For instance, Moenius mentions re-imagining land use -- in areas of Southern California, populations have moved next to warehouses and freeways to support the emergence of a logistics economy.

Another solution could be a controversial and complicated notion that is bound to stir up controversy: ensuring that everyone gets a guaranteed income. In a world where bots do most of the work that would have built a middle-class income in an earlier generation, many have begun to introduce the idea that an income floor would allow individuals to pursue entrepreneurial opportunities without seeing all of their earnings taxed to death. Instead of promoting slacking, a common notion that tends to go along with the concept of a guaranteed income, it would actually engender risk-taking.

Finally, local and national governments have to begin thinking seriously about re-education and re-training programs in an effort to ward off the kind of civil unrest that is generated when large amounts of people sit idly with nothing to do and no income streams to feed their families on.

Automation will have major ramifications for every conceivable aspect of civic society -- from its socioeconomic stability, to law and order, mental health, and electoral politics, to name just a few -- so the sooner we figure out how to survive, or even thrive, in this new world, the better we will be able to weather its onslaught.