LG has announced the Optimus 2X, the first smartphone in the world to have a dual core processor.The Tegra 2 system-on-a-chip has been developed by Nvidia.
Written by First Take , Previews blog log-in on Dec. 16, 2010

LG has announced the Optimus 2X, the first smartphone in the world to have a dual core processor.

The Tegra 2 system-on-a-chip has been developed by Nvidia. It runs at 1GHz and is designed to offer high-performance video and audio playback as well as low power consumption.

The benefits roll across to other aspects of the Optimus 2X, which LG says will offer multitasking with virtually no screen lag, faster web browsing and smoother gameplay when compared to other smartphones running on single-core processors at the same clock speed. 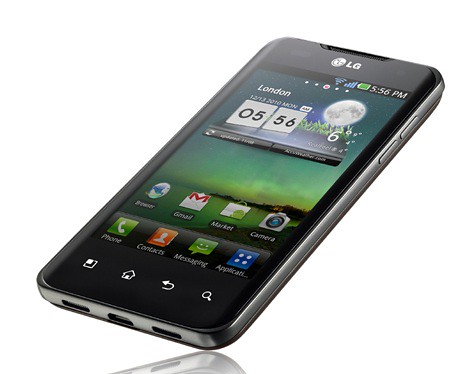 The Optimus 2X will debut with Android 2.2 and LG says it will be upgradeable to Android 2.3. Other features include DLNA, 1080p HD video playback and recording, HDMI mirroring to full HD quality, an 8-megapixel rear camera, a 1.3-megapixel front camera, 8GB of internal memory and a 4in. WVGA screen. It will certainly need its 1,500mAh battery.

The Optimus 2X will go on sale in Korea in January with a European launch to follow.