Full Bio
Posted in Between the Lines on September 16, 2013 | Topic: The Microsoft-Nokia Deal

Microsoft's acquisition of Nokia forms the basis for its smartphone and device strategy, but the rise of baby Nokias---new ventures formed by talent that won't work for Microsoft's Nokia---show how perilous a merger-induced foothold can be. 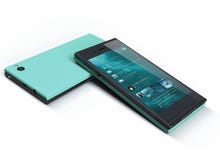 In Finland, it's quite possible that Nokia's decision to sell its devices and services business to Microsoft and keep the networking business and intellectual property licensing may remotely rhyme to the U.S. when Ma Bell was broken up. From Ma Bell came multiple companies---Ameritech, Bell Atlantic, BellSouth, PacTel, Southwestern Bell which begat SBC which begat AT&T, and Bell Labs---that went on to do great things.

Nokia isn't being broken up by government, but corporations do have so-called coaching trees---alumni who start their own enterprises that succeed.

A recent scan of the headlines highlights the potential of the baby Nokias:

"There's demand for us in Finland, particularly at this moment after the Nokia-Microsoft announcement. That's why we are doing it now in Finland — because we have had so many requests from consumers that say, 'Hey, now you have to do this'. So we are doing it," Jolla's CEO Tomi Pienimäki told ZDNet.

The short version is that Microsoft may have trouble retaining talent in Finland. Sure, Microsoft's Nokia will have a lot of key players remain. It's also unclear how Nokia's alumni network of companies will get around patents and intellectual property, but the smartphone market can absorb a few more hardware players. After all, everyone wants more competition and hardware innovation. Needless to say Finland's government has to be rooting for a few of these smartphone startups to succeed so the country can hold onto its tech cred.

Related:  Has Nokia put craziness behind it?: Inside the company's post-Windows design revolution