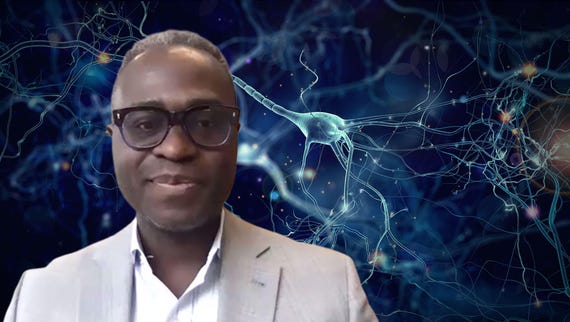 The constant flow of data breaches, usually swept under the carpet when it comes to consumers through the promise of free credit monitoring or small amounts of compensation, have contributed to a wider understanding of our data and what it means for our information to be stolen.

As consumers become savvier and are forced to learn how to secure their accounts, they may also place more data protection responsibility on the shoulders of enterprise companies that demand their information.

On Thursday, IBM released the results of a new study into consumer understanding and expectations surrounding data protection which supports these theories.

The survey, conducted online by The Harris Poll in August, includes responses from 1,000 US adults over the age of 18 -- over half of which said they either had been the victim of or knew someone whose data had been compromised due to cyberattackers.

In total, seven out of 10 consumers understood their information may not stay in the hands of an original company that requested it, and may, eventually, end up with other third-party organizations.

It does seem that discontent is brewing; or as IBM puts it, "consumers are flat-out dissatisfied with the way many businesses are handling their data."

The majority of survey respondents -- 84 percent -- said they have lost "all control" over how their personal data is processed or used by the enterprise, and as this control has been handed over, two-thirds believe that companies should be doing more to protect their information from compromise.

The tide may be turning in favor of organizations that take this responsibility seriously. In total, 53 percent of consumers said that existing data protection controls will influence whether or not they will work with a company, and 64 percent have chosen not to work with a business due to poor cybersecurity measures.

No matter how great their products or services, 83 percent of consumers say they would stop working with a firm if they discovered their information has been shared without their consent.

According to the research, it is not just a matter of how consumer data is protected -- customers also expect businesses to maintain clear guidelines on how information belonging to them is used.

In total, 60 percent of consumers said that organizations play a "great deal" of a role in creating clear, understandable guidelines, more so than the same expectations of the government, third-parties, or watchdog groups.

The lack of existing tools, perhaps beyond legislation such as the UK's Freedom of Information Act, is contributing to the feeling that consumers have lost control of their data. According to IBM, if there was some way for customers to revoke and take back their information at whim, 76 percent of consumers would be more willing to share their personal data in the first place.

In addition, 68 percent of those surveyed said they would be happy to share more should businesses demonstrate that they are capable of monitoring and controlling how their data is being used.

TechRepublic: More than 99% of attacks in the past year relied on human error to gain access

Businesses should take note of the results of this survey. The EU is already enforcing stricter standards with the handling and use of consumer data through the General Data Protection Regulation (GDPR), and it may be that the same pressure will result in similar legislation across the pond.

If we have reached a stage where consumers place more emphasis on data protection than products, enterprise companies need to satisfy these demands to ensure their own long-term success and future customer retention.

In related news, IBM launched the z15 mainframe this week. The z15, the successor to 2017's IBM Z, has been designed for organizations seeking a way to manage customer relations and input.

Join Discussion for: Most consumers will refuse to work with enterprises...