Over the past week, MapR and Hortonworks have treated us to a spate of announcements that provide a good snapshot of Hadoop's evolution to commercial market. MapR just announced a new $50 million round of funding (its fifth), while Hortonworks disclosed disappointing Q2 2016 results and the announcement of an expansion of its second product line.

This all comes during a period where venture capitalists (VCs) are reassessing their investments and doubling down on exit strategies for their current crop of Unicorns and Unicorn wannabes. The MapR announcement was clearly a vote of confidence. Excluding Future Fund, an Australian firm, the bulk of funding came from MapR's existing backers, meaning modest dilution of investment. That contrasts with the impact of Hortonworks secondary $100 million IPO back in January from which share prices have yet to recover. 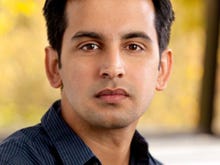 From the Atlas security project, to Ambari 2.0 and SequenceIQ, Hadoop veteran and Hortonworks co-founder Arun Murthy discusses some big-data themes of the moment.

The MapR funding came on the heels of announcement that the company achieved near total renewal of clients up for renewal in the last quarter (the exact percentage was 99 percent) and that typical renewals came in at 43 percent higher in net dollars. And company executives told us that, if current performance holds, they expect to be cash flow neutral by late next year.

This vindicates the land-and-expand model for selling Hadoop, which, as an (for most new customers) experimental platform, must validate itself through proof of concept and departmental implementation before progressing to data lake. Anecdotal proof that this is happening is that at Ovum we are seeing a clear upswing in client inquiries about deploying data lakes. MapR's CEO, John Schroeder, was quoted stating that the financing is meant to bulk up the balance sheet in expectation of an IPO next year (of course, he also made similar predictions two years ago). While we haven't heard anything so specific from Cloudera, we believe that they are confident of a similar 2017 outcome.

By contrast, life has been rockier for Hortonworks. Second quarter revenues were 46 percent higher year over year, but so were expenses. Both were below expectations. The results sent President Herb Cunitz packing. There is little question that a rising tide is hitting the Hadoop market; at Ovum, we expect that sales are still on run rates for doubling over a year ago. The vitality of the market is reflected in the confidence of two of the three key players that costs are getting under control and that the land and expand model should enter the black next year. As the market is still young, the challenges for Hortonworks are hardly about market share -- it counts similar numbers of paying customers as MapR -- it's over taming costs.

But another factor for Hortonworks' health is that, as a 100-percent open-source company, it needs to expand the revenue landscape. Recent resale deals with Pivotal, AtScale, and Syncsort are part of what we already termed a more pragmatic attitude toward open source, adding more SKUs to sell. A more lucrative way of expanding the attack surface is adding SKUs of its own -- that's what Hortonworks DataFlow (HDF) does. It provides an offering for managing data in motion, especially for IoT (Internet of Things) applications. While HDF provides an added SKU that could help Hortonworks make its land-and-expand strategy more sustainable, what's interesting is that roughly a third of customers who are testing HDF are net new to Hortonworks.

Hortonworks is currently doing a soft rollout HDF 2.0 that provides some of the first hooks to the management (and eventually governance) umbrella of its Hadoop data platform offering. They include support of Ambari, the management console of HDP, and Ranger, the data security piece. Eventually (not this release), we expect support of Atlas, which would allow data sources managed by HDF to be tagged for lifecycle governance. Another enhancement is adding a Google Docs-like online interface so multiple end users can work on configuring how the data flows are handled. On the horizon, Hortonworks is extending the Apache Nifi product on which HDF is based with Minifi subproject, which will provide a miniaturized implementation of Nifi that could be burned into a chip at the edge of the network.

Barely a year old, HDF is not yet fully formed as a product. It targets a sector (IoT) that is the recipient of a lot of Hail Mary passes. The challenge of course is that the world of devices is a wild west of technology that lacks standard protocols that could allow devices to talk to each other like computers and smart devices hook up via IP networks. For managing the flow of streaming data, there are players like Confluent that are putting their own imprint on rationalizing data streams. For Hortonworks, expanding the portfolio is critical for a company with products that are pure open source to grow. As a more modest offering, hopefully Hortonworks will not have to rely on long-lead time enterprise sales cycles to see HDF become accretive to its bottom line.