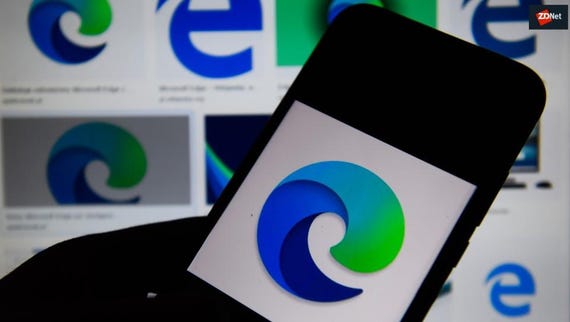 In 1995, at the dawn of the Internet era, Marc Andreessen famously predicted that his rocket ship of a startup, Netscape Communications Corporation, would soon reduce Windows to "a poorly debugged set of device drivers."

Netscape is, alas, long gone, and Andreessen's bold assertion is just a footnote in the great book of Internet Quotes, but it eventually came true. Sort of.

What those early combatants in the first browser wars didn't foresee was that Netscape wouldn't be the one to establish a true browser monoculture. Microsoft wouldn't claim that honor either. Instead, a quarter-century later, Google's Chrome browser would become the de facto standard for publishing information on the internet.

All of that explains how we got to January 15, 2020, the day Microsoft officially replaced its decades-old Trident web rendering engine (along with Trident's ill-fated EdgeHTML successor), with one based on the Chromium open source project. (For more details on exactly how the new Edge rollout will go, see today's report from my colleague Mary Jo Foley.)

Microsoft's decision to abandon its own browser engine and adopt the open source alternative managed by Google could be seen as a capitulation. But it says just as much about how, for better or worse, standards are adopted these days.

Independent standards setting bodies like the World Wide Web Consortium (W3C) once ruled the web, with a collaborative approach to standards that competing browsers had to follow. Today, the standard is simple: Does your page work in Chrome?

As a result, for the new Edge (Microsoft calls it that to distinguish it from the legacy Edge browser that was a part of Windows 10 from 2015 until now), Job One is to mimic Google Chrome as perfectly as possible.

If Microsoft's engineers have done their job, you can visit any website using the new Edge, on a Mac or on a PC running any supported version of Windows, and that site will render in Edge exactly as it would in Chrome.

After using beta versions of the new Edge full-time for several months and previewing the final release for the past few days, I can confirm that that goal has been achieved. Which shouldn't be a surprise, given that the two browsers are literally starting from the same mature code base. Not many new software projects get to make their public debut with version 79.

The development process for the new Edge has been so smooth and uneventful, in fact, that when I sat down to write this post I discovered that I'd already written most of what you need to know.

Curious about why Microsoft gave up on its proprietary browser strategy and decided to embrace open source? Read "Microsoft Edge: What went wrong, what's next," in which I broke down why Microsoft's decades-long browser project flopped in the marketplace and its motives for turning to the open-source Chromium project.

Looking for a review of Microsoft's history with browsers? I covered that last August, in "With Chromium-based Edge, has Microsoft finally found a viable browser strategy?"

Technically, Google Chrome and the new Microsoft Edge browser are siblings, but that doesn't mean they're equal. Far from it.

The most important difference between the new Edge and Google Chrome strikes right at the heart of Google's business model. By default, the new Edge turns on tracking protection and sets it to Balanced, which blocks many ads and almost all third-party tracking code.

When I looked at this feature a few months ago, I noted that one in four items blocked were from Google. That ratio hasn't changed in the final release. After just a few hours of browsing using the default Tracking Protection settings, Edge had blocked 772 trackers from 70 companies, with 210 of them from Google. The top 10 sources, including Adobe and Facebook, accounted for half of the total.

Turning the Tracking Protection setting up to Strict effectively installs an ad blocker that does much of what people expect from a third-party extension.

The new Edge also uses Microsoft accounts as its primary mechanism for syncing settings, Favorites, passwords, and addresses. Options to sync history, open tabs, extensions, and a new feature called Collections will be added in a future update.

The other defining feature of the new Edge is aimed at Microsoft's core constituency: enterprise customers with a substantial investment in older code that requires Internet Explorer. For IT pros in those organizations, the solution is a feature called IE mode.

IE mode works only on Windows and allows administrators to define a list of sites that require IE to open in the new Edge using the Trident MSHTML engine (part of Internet Explorer 11). For consumers and small businesses, this feature is effectively invisible.

As part of the process of migrating its user base to the new Edge, Microsoft says it will not tamper in any way with existing browser defaults and settings. Enterprise customers who still need the legacy Edge components can block the upgrade completely, and consumers who have set a different default browser will continue to use their third-party browser.

Microsoft customers running Windows 10 who would prefer a Microsoft browser but were put off by compatibility problems with the legacy Edge will definitely want to take a look at the new Edge. The real wildcard at this point is Google, which can use the market power of its services, including Gmail and YouTube, to interfere with its rivals.

The big question is whether Google is willing to risk attracting the attention of antitrust authorities with that kind of anticompetitive activity. But as we learned in the first browser wars, that's what established market leaders do when their dominance is threatened.